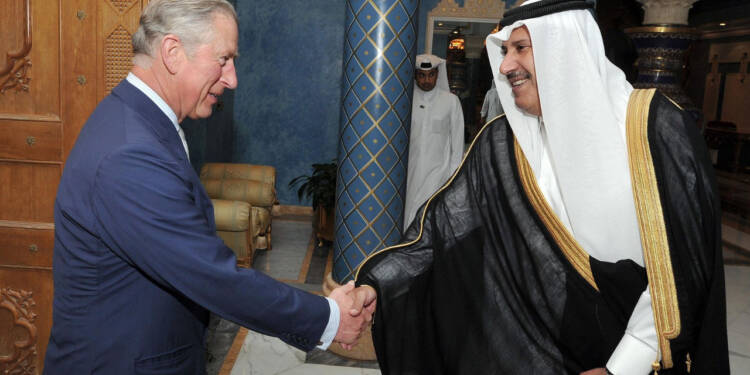 The Prince of Wales has now been promoted to the post of the king after his mother- the late Queen Elizabeth II passed away a few days ago. The Queen was in fact a controversial figure and was infamous for quashing multiple freedom uprisings across the realms of the British Commonwealth.

Nevertheless, the Queen’s era is over and it’s time for Charles to pick up the reins; recent events suggest that he would not stay on for long and would take the monarchy down along with him.

The late Queen was often praised for being apolitical, however, her son is known to mingle with politics whenever he can. Other than him being very vocal about his views on climate change, the newly inducted King has been outspoken on political issues and was found to have been lobbying ministers on issues of his own personal interest.

The British Monarch is expected to be apolitical similar to what the Queen was. All she ever did was to help maintain solidarity with the US by charming her way through the dozens of US Presidents she met during her 70-year-long reign.

Charles, on the other hand, has reportedly entered dangerous territory that would mark the death of the British monarchy. Charles was recently reported to have accepted approximately $3 million in cash that was presented to him in bags at his office by Sheikh Hamad bin Jasseim bin Jaber Al Thani, the former prime minister of Qatar.

According to reports, he donated it to one of his charitable funds, i.e. The Prince of Wales Charitable Fund (PWCF). This trust makes the claim that it transforms lives and creates enduring communities, but sources suggest that it also finances Prince’s personal endeavors. In reality, Prince Charles’ charitable organizations seem to have a reputation for engaging in egregious behavior.

It is good knowledge that mingling with the Qataris is bad for business. The Qatari Royal Family is undoubtedly loaded owing to its energy reserves while the British Monarch seems to be suffering from dwindling fortunes.

Charles might have been solidifying relations with the Royal family in Qatar by associating with them but it is quite evident that the Qataris are using the new Monarch to lobby the politics of the UK in their favor.

One might wonder, apart from Qataris attempting to influence UK politics, what might be so wrong with the King mingling with the Qataris. Well, the middle eastern country might have formulated a positive perception but it is the most dangerous place in reality. Here’s why.

For starters, Qatar has been using its pseudo-news media platform Al Jazeera to not just vilify its rivals in the region but also whitewash its own terror deals with several terror organisations.

Al Jazeera acts as a tool for terrorist organizations like Hamas, the Muslim Brotherhood, Islamic State, Iran and Hezbollah to disseminate their propaganda in the region and beyond.

Moreover, the Qatar Royal Family is known to have links with the terrorist outfit Al Qaeda. While testifying to US congress, one of the business agents of terrorist Osama Bin Laden had confirmed that the Qatar Charitable Society (QCS) was his biggest donator.

And if it were not enough, Abdul Karim al-Thani, a member of Qatar’s royal family, ran a safe house for Abu Musab al-Zarqawi, the founder of Al-Qaeda in Iraq.

The new Monarch should have thought twice before getting in bed with the very people who are known to fund organizations like Al-Qaeda, which took responsibility for the deadly September 11 attacks in New York.

The local populace in the US and UK would naturally have dissent towards Charles who for once is allowing the Qataris to influence western politics and is also mingling with terrorist lovers.

The actions of the new King have surely tainted the Monarch forever and have opened a gateway for an uprising that would wipe out the 600-year-old empire.