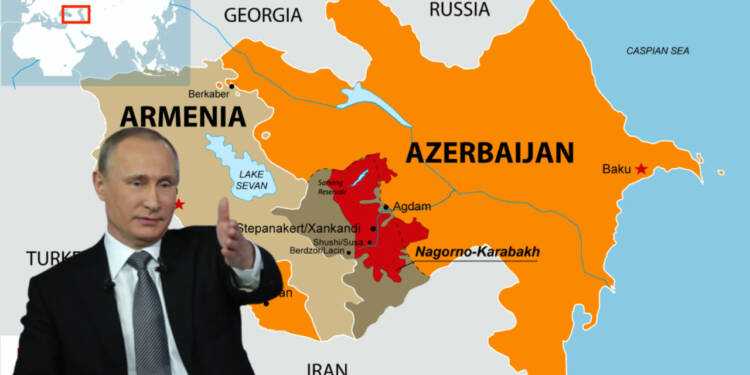 The previous conflict between Armenia and Azerbaijan ended lousily for Armenia despite it being backed by powerful allies in Russia. Azerbaijan came out as the triumphant party and claimed considerable Armenian territory after the ceasefire was signed.

However, recent events seem to reignite a larger war in the region where previously involved parties are now expected to play a greater role. The timing of the development would play a great role owing to the possible involvement of superpowers.

Russian Crackdown on Erodgan amid the Turkish-Greek conflict

Turkey actively supported Azerbaijan in the previous conflict, where the Turkish-made Bayraktar TB2 drones were known to be very beneficial against the Armenian forces. Russia, however, supported Armenia with arms and logistics but was not exactly an active participant in the conflict.

The Turkish President, Erdogan, glorified Azerbaijan’s win as his own and later tried to destabilize Russia-controlled Syria by vowing to wage a war against the Kurdish forces in Northern Syria.

Read More: The Armenia-Azerbaijan tensions are flaring up again as soon as EU chimed in

The current scenario, though, has panned out quite interestingly for Russia. Reports of Greece firing upon a Turkish cargo ship have recently come to light. Athen’s aggression toward Ankara indicates the initiation of a full-blown war between the two enemies.

Coincidentally or not so coincidentally, a deadly clash between Armenia and Azerbaijan erupted a couple of days after the incident between Greece and Turkey. Reports indicate that the clashes initiated after the Armenian military opened fire on Azerbaijani positions in the Dashkasan, Kalbajar and Lachin regions, with howitzers and different weapons from the Basargeçer, Istisu, Karakilise and Gorus areas.

It seems like Putin was waiting for Greece to ramp up aggression on Turkey. Moscow has evidently signaled Armenia that it would now be a good time to aggress on Azerbaijan and take back the territories that were lost.

Moreover, it would be an excellent time for Putin to assist Armenia to quash Azerbaijan.

What is Putin trying to achieve?

The ongoing Russian-Ukraine conflict has orchestrated a severe crisis of energy insecurity in Europe after the Kremlin suspended gas supplies to Europe. This will remain so unless all the sanctions imposed on Russia were lifted.

In this time of need, Azerbaijan’s gas exports to Europe have assisted the continent. If Russia is able to quash Azerbaijan’s supply line to Europe, it could further leverage the continent’s gas misery amidst the upcoming winter and force it to let go of the economic sanctions.

Russia, then, would be able to legitimize its possible military operation against Azerbaijan citing its partnership with Armenia, as per the Collective Security Treaty Organization.

Moreover, Moscow would be able to trouble an already stressed Ankara amidst its ongoing conflict with Greece. Erdogan’s plan to undermine Russia’s authority in Syria had already triggered Putin, who now seems to be in revenge mode.

It looks like Putin could rally Syria’s government forces and Kurdish forces from Northern Syria and Iraq against Ankara. Erdogan would then have to fight multiple wars on two fronts. He would naturally be preoccupied and would not be able to help Azerbaijan against Russian-backed Armenia.

With Erdogan’s absence from the conflict, Russia would be able to make the way for the Armenian victory against Azerbaijan without even picking up even a single weapon.