About 64% of Greek people say there is no "enmity between the Turkish and Greek people." For them, Erdogan's recent escalation against Greece is his personal war and not his nation’s. 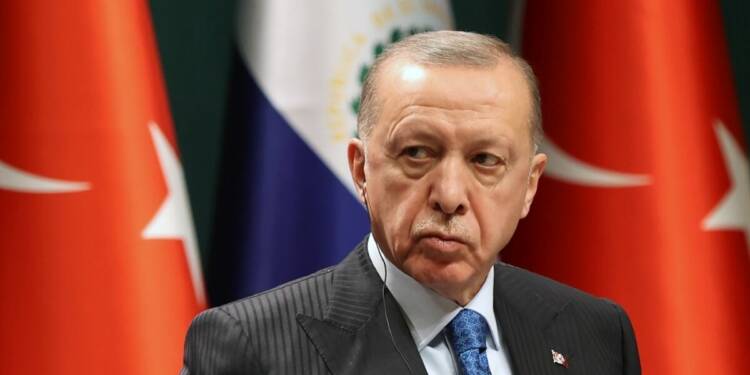 Greece and Turkey are experiencing increasing and potentially explosive tensions. Recep Tayyip Erdogan, President of Turkey, has made it clear that any conflict with Greece will eventually escalate into a full-fledged war.

It’s not an unusual sight to see Erodgan throw Greece under the bus to get some public support whenever there are elections or any kind of public unrest in Turkey.

But the Turkish people now clearly see through Erdogan’s War PR!. Erdogan is again resorting to playing the Greece card in order to win the tough elections in 2023. But it looks like this time, the Turks might give Erdogan a run for his life.

The Middle East Eye reports, that the majority of Turks believe current tensions between their nation and Greece are mostly due to the upcoming elections in Turkey. They understand that tensions with Greece are purposely being fueled to postpone the elections and prolong Erdogan’s shaky tenure.

Furthermore, about 64% of Greek people say there is no “enmity between the Turkish and Greek people.” For them, Erdogan’s recent escalation against Greece is his personal war and not his nation’s.

Erdogan’s problems with Greece are never-ending. This year, the Erdogan regime has escalated its rhetoric over a variety of issues, accusing Greece of working with the US government to block Turkey’s request for 40 F-16 fighter jets and roughly 80 modernization kits.

It even raised concerns over Greece allegedly driving refugee boats back to Turkey as well as a recent event in which Greek S-400 defence systems allegedly locked Turkish F-16s flying over the Aegean Sea on their radars.

Erdogan has even claimed that Greece might try to invade Turkey. However, his anti-Greece agenda has hardly helped him score political points at home. In July, his popularity tanked to 41% due to his incapability of handling the economic crisis.

All this is solidifying the prospects of Turkish opposition parties.

Read More: US wants to throw Turkey out of NATO but Greece needs to be sacrificed

To make the situation worse for him, Turkish opposition parties are now unifying like never before.

Six opposition parties have established an alliance known as the “table of six” to remove Erdogan’s ruling coalition in 2023.

The alliance also seeks to replace the country’s current presidential system, which is being imposed by an increasingly autocratic leader, with a parliamentary one.

This seems to be a dream that many Turkish voters might also want to accomplish. According to a recent survey by Turkish pollster Yoneylem, only 30% of respondents prefer the presidential system, with 65% of respondents favouring the return of the parliamentary system.

Make no mistake, Erdogan is now heading to fight a lost battle. People are not supportive of Erdogan’s agenda anymore. They don’t want a war, they want their economy back on track and inflation controlled. For the first time since 1998, Turkey’s official inflation rate is currently above 80%.

Even a gallon of milk is out of reach for most people. So, even if the megalomanic leader of Turkey goes on to declare war against Greece, his own people will be the first to oppose his misadventure. Even civil unrest could break out in the country as a result of Erdogan’s foolish warring acts. His own people have shown him his place, and he seems to already have lost the war against Greece.