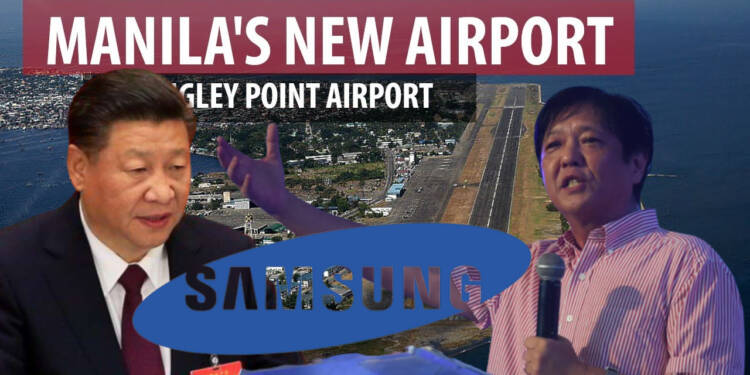 The world has realized through the pandemic of COVID-19 tha­­­­t it is better to lessen its dependency on China. Countries are gradually losing faith in Chinese businesses and their investments. And as these nations lose faith in China’s commitments and intentions, its businesses are being expelled from these nations.

Relatedly, the $10 billion contract for the construction of the Sangley Point International Airport in the Philippines that State-owned China Communications Construction had previously secured in 2019 was terminated in January 2021. The unexpected aspect of this situation, however, was recently added when a consortium supported by Samsung, a South Korean business giant was awarded $11 billion for the same project.

However, South Korea has not shied away from posing serious obstacles in the way of Chinese companies’ operations. An earlier example involved the closing of the Ningbo facility in the province of Zhejiang, eastern China; by the South Korean shipbuilding company Samsung Heavy Industries (SHI). This gave a big-time jolt to China, as the exodus of major companies and investors out of China was already concerning enough.

Due to rising labour expenses in China, an increasing number of foreign-owned businesses are leaving the country for Southeast Asia. Numerous South Korean businesses are also relocating from China to Southeast Asia as a result of the situation. Labor costs were cited as the biggest challenge by 14.1% of South Korean businesses operating in China, according to a survey conducted in the third quarter of this year by the Korea Institute for Industrial Economics and Trade, the Korea Chamber of Commerce and Industry, and the Korea Chamber of Commerce in China.

On the other hand, a growing number of South Korean businesses are collaborating with multinational corporations that have established operations throughout Southeast Asia. Vietnam is growing quickly in particular because labour costs there are one-third lower than in China. Numerous multinational corporations are starting to produce their goods there, including Google and Microsoft, while South Korean partner suppliers are moving from China.

But the real issue lies somewhere else. Analysts claim that four significant events—the THAAD deployment in 2017, Beijing’s response to Hong Kong’s pro-democracy uprising in 2019, the COVID-19 epidemic in early 2020, and China’s attempts at “culture imperialism” in late 2020—have fueled anti-China sentiment in South Korea. Additionally, the Chinese Communist Party’s attempt to assert its cultural superiority and claim some of the cultural icons of Korea has been strongly resisted by the Korean people.

Young people today despise China more than they do Japan. The young people of South Korea are aware that China is the main hegemonic power they must contend with. Additionally, they despise Beijing’s “cultural imperialism” and wished to cut any links with the totalitarian state.

A favourable move for Philippines

However, when a Chinese business recently got expelled from the Philippines and, Samsung C&T, a subsidiary of South Korean Samsung Group, was awarded the contract to build the Sangley airport project, it became abundantly evident that even the Philippines wants to sever its connections with China.

Nevertheless, Manila and Beijing are still embroiled in a South China Sea territorial conflict despite their relations being better. Due to the airport’s strategic location, which is close to a region that houses Philippine Navy assets, national security concerns from the Philippine’s defence establishment were also aroused by China’s interest in the project.

The Philippine Fleet and Naval Installation Command, which offers vital military support services, is located at Sangley Point.  If China had been permitted to construct the key airport, the Philippines would have had good reason to be concerned. But it seems, that China’s evil intentions are well read by these countries and of course, this is going to become the reason for China to feel jittery over its losing economic and military interests in the region.

Collection of 43 Song of Achilles quotes and captions