The EU has failed to cater to the needs of Poland as it is busy carrying Washington’s agenda by allocating all its resources to Ukraine. Naturally, Warsaw has now been scouting for alternate sources of equipment 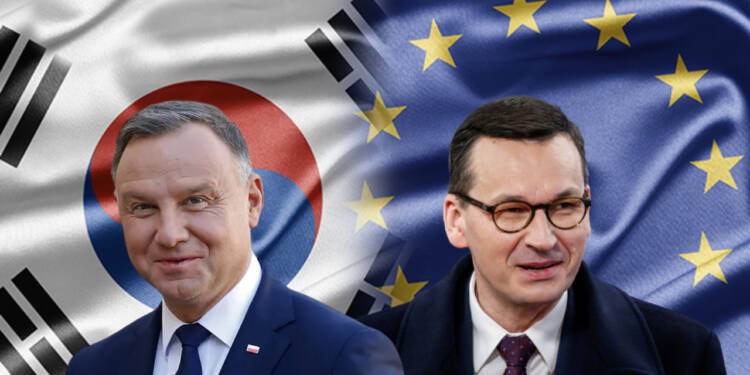 Poland has long been a thorn in the unity of the EU and rightfully so. Warsaw has been on the frontlines of the sentiment that encourages a common stand against the hegemony of some nations in the EU. France, Germany and Italy have long used the size of their economies to bully smaller nations of the union and it seems like Poland has had enough of it.

As a consequence of its hefty support to Ukraine, Warsaw is now in the grip of record high inflation, swirling at the highest rates in a quarter of a century. Understandably, Poland’s leaders are slowly coming to a consensus with the realities of the world and starting to take an anti-EU stance.

Poland has reportedly signed a multibillion-dollar contract with South Korea to import the latter’s home-grown light combat aircraft. SBS TV, citing a well-informed industry source, said, a representative of Korea Aerospace Industries Ltd. (KAI), the developer of the supersonic FA-50, left for Poland on Tuesday to sign a contract this week to export 48 of the aircraft for some US$3 billion.

Poland has already become a party against the Russians in the war and understands that it needs to ramp up its defenses in case the fire of war spreads westwards. However, the nation had already pledged a substantial amount of its weapons to Ukraine at the EU’s request but it looks like the EU does not know how to extend gratitude.

Poland has always rejected any sort of European supremacy over national legislation. Finding fault with Poland’s judicial reforms, the EU delayed the approval of 23 billion euros ($26bn) in EU grants and 34 billion euros ($39bn) in cheap loans that were spared to help the country recover from Covid-19’s economic impacts. Warsaw has now been increasingly distancing itself from EU under the latter’s discriminatory policies.

Hegemony culture breaking up the EU

It seems like Polish leaders do not want to continue to be used as a vessel state for the United States and Germany. Constant humiliations at the hands of the west have forced Warsaw to turn toward one of Asia’s leading industrial military complexes.

The EU has failed to cater to the needs of Poland as it is busy carrying Washington’s agenda by allocating all its resources to Ukraine. Naturally, Warsaw has now been scouting for alternate sources of equipment.

Poland is also reportedly rebelling against the idea of the European Union to encourage all nations in its influence to adopt the Euro as their sole trading currency. The Polish central bank Governor, Adam Glapinski, said Germany is pressuring his country to adopt the Euro and vowed to prevent it as long as he’s in charge of the monetary policy.

Read More: Poland’s trillion dollar jolt is enough to flatten the German economy once and for all

If Warsaw adheres to the EU’s plan and adopts the Euro, its long-held dream of becoming the strongest military force in Europe will go into the drain as it will make it vulnerable to hindrances when doing defense deals in the newly mentioned currency i.e Euro.

You see, Poland’s dream of becoming a leading force in Europe cannot be fulfilled if it maintains a pro-western stand. Poland’s leaders have taken a smart step by beginning to distance themselves from the poisonous European grouping and are trying to become self-sufficient by looking for alternatives to undermine the union’s silent attack.