Russia is stating with pride that China's worries were addressed merrily, while China breaks out in a cold sweat when Ukraine was brought up 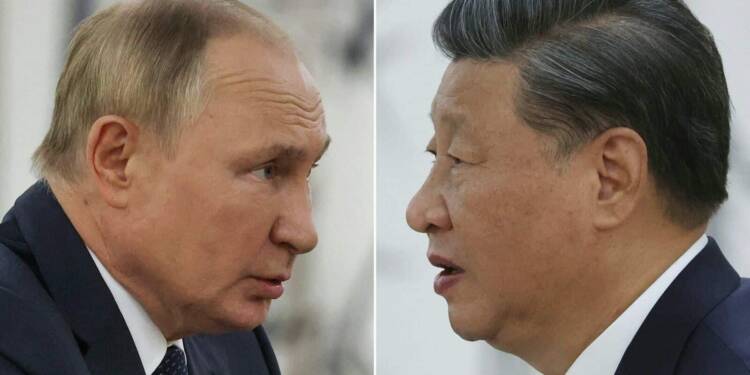 Xi Jinping basically left China first time after COVID-19, only to meet Putin at the SCO Summit. But, in an interesting turn of events, our megalomaniac dictator, Xi Jinping has avoided having dinner with Vladimir Putin. The reason given for this ambiguous move is the ‘pandemic’. Certainly, there is more to it than meets the eye.

Xi skips dinner with his bonhomie

The Shanghai Cooperation Organization (SCO) summit is taking place in the ancient Silk Road city of Samarkand this year. Xi arrived in Samarkand, this week, to receive a welcome ceremony ahead of the summit.

Xi was anticipated to meet his Russian counterpart, Vladimir Putin, on the sidelines of the summit. Global media had kept its eyes on the summit because supposedly, two of the greatest allies were about to meet.

And eventually, they met. But, more than a meeting, it turned out to be a session where a little heated argument aspired. Afterwards, according to Reuters, Xi Jinping avoided having dinner with Vladimir Putin.

According to Politico, Russian President Vladimir Putin made a highly unexpected public admission that China’s leader Xi Jinping had “questions” and “concerns” over the war in Ukraine.

In a public note published after the meeting, Russia stressed that Chinese concerns were addressed with grace. The note stressed: “We understand your questions and your concerns in this regard and during today’s meeting, of course, we will explain in detail our position on this issue, although we have talked about it before,” Although, Putin did not express his support on the subject of Taiwan in his statement.

Then came China’s version of the public note. Surprisingly, there was not a single mention of “Ukraine” in the readout. It also did not refer to the “no-limits partnership.”

That’s a rather unusual turn of events in Samarkand. For the first time ever, Russia has acknowledged that relations between Moscow and Beijing are not perfect.

This is a striking shift from February, when, just before the commencement of the war, Putin came to the Winter Olympics in China to declare a “no-limits cooperation” with Xi.

Jinping: A traitor to Putin

Now, there should be no doubt about the fact that China has backstabbed Russia literally during the Ukraine war. First, China appeared to halt importing coal from Russia. As reported by TFIGlobal, Chinese power plants and steelmakers were told to hunt for alternatives for Russian coal amid widening sanctions on Moscow.

It also abstained from voting in favour of Russia, despite the fact that it had a chance to save Moscow in the UN by doing a veto. China literally tried everything in its book to backstab Russia. Along with this, Xi tried towing a fine line by eyeing profits from the west.

But in just six months, Russia has gained the upper hand. It almost liberated the DPR and LPR in Eastern Ukraine, and its economy is also in much better shape.

Xi, on the other hand, was in charge of everything for two years from his Beijing bedroom. But now that the COVID-19 pandemic is nearing its end, he has returned from exile. This was Xi’s first ever meeting with Putin since the breakout of the Ukraine war. But, it looks like Putin left no stone unturned to grill Xi Jinping for his non-sensical actions in geopolitics.

Read More: For over a decade, China was the big brother in the Russia-China equation; the tables have turned now

Now, Russia is stating with pride that China’s worries were addressed merrily, while China breaks out in a cold sweat when Ukraine was brought up. It shows that a stern-cold warning was given to China.