For over a decade, China was the big brother in the Russia-China equation; the tables have turned now 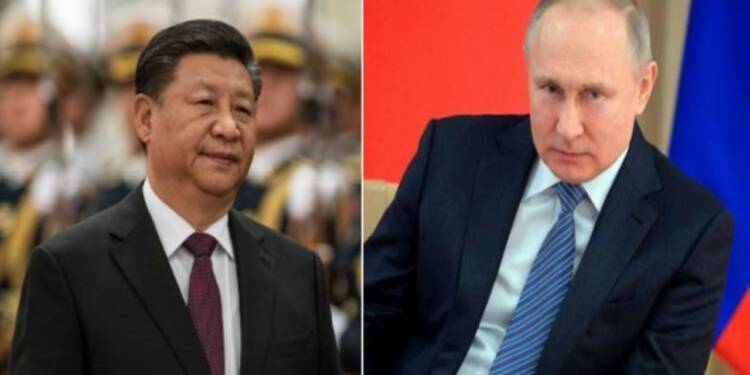 It’s a well-known fact that when you are in need you have to accept compromise even with a doofus. Well, the same has happened with Russia ever since. Russia and China have managed to maintain good ties, perhaps only on paper. China has been a compulsion for Russia amidst times when it was lacking on friendly terms with other nations. This is precisely why China posed as an elder brother in the Russia-China equation for over a decade now.

Russia has always been ostracised by the U.S. The U.S- Russian relationship has always been adversarial, more so when there’s a Democrat President at the helm of affairs. Maintaining ties with Russia has never been the USA’s cup of tea.

This convention did see a change during Trump’s presidency. The Republican President was determined to enhance the partnership with Russia. President Trump sought to undo one punishment imposed on Putin by proposing that Russia rejoin the G7, an organization of the world’s major industrial economies. Other members, who had teamed with the US to kick Russia out during Barack Obama’s presidency, declined to go along. His administration implemented some new sanctions on Russia only at the insistence of national security officials and Congress. Trump himself was not in favour of sanctioning Russia.

You see, the  U.S Congress has always pursued tough policies towards Russia imposing rafts of sanctions and expelling diplomats. Moreover, the U.S. National Security Strategy has even declared Russia as one of the top threats to U.S. national security. Ergo, Russia has always been ostracised by the U.S and its allies.

Not only Russia but China has been hit by Western sanctions too. Western countries have long been irritated by China’s geopolitical assertiveness in the Indo-Pacific area. This prompted Beijing and Moscow to become natural allies. Perhaps, rather than being built on shared ideals, the China-Russian partnership is transactional in nature. The countries’ cooperation is motivated more by their shared competition with the United States than by any inherent affinity.

But who dominated the relationship? China. You see, Beijing was a major economy back then. China surpassed Russia in economic terms and drastically increased its financial clout in many major global institutions and funds over the last decade.  China has transformed from a mass producer of cheap goods on starvation wages into a diversified, industrialised country turning out competitive, high-tech products. Russia, meanwhile, remained a supplier of raw materials, whose only strong export industry is the armaments sector.  Thus, Russia stood in a dire need of doing trade with China, which made it a kowtower to China.

But, now it seems as if the tides are turning. Russia is overtaking the ‘elder brother’ and regaining the once-lost clout. China’s economy is faltering and facing significant headwinds, which is Beijing’s own doing. The draconian ‘Zero-Covid’ policy has locked down swaths of the economy. At the same time, Russia’s economic relations with other nations have improved significantly. The likes of the UAE, Egypt, and Indonesia aren’t just strengthening their ties with Russia but they are improving their economic ties and trade relations with Moscow as well, giving Russia an avenue to diversify and reduce its over-dependence on China.

You see, amidst the Russo-Ukraine war, China was first seen playing with Russia. China for long followed the charade of neutrality asking both Russia and Ukraine to hold diplomatic talks. This was seen by many as an anti-Russian stance deployed by Xi, albeit covertly.

When the Russia-Ukraine war was initiated, China fell for the narrative that Russia was going to lose the war and believed Russia was no longer a great power. Beijing appeared to stop importing coal and was hunting for alternatives amid widening sanctions on Moscow. China even tried to kick Russia out of Myanmar’s energy sector in which it failed humiliatingly.

However, after taking several anti-Russia steps, China is now seen exercising damage control. It is quietly ramping up purchases of oil from Russia at bargained prices. Recently, Chinese leader Xi Jinping even iterated his support for Moscow on “sovereignty and security” matters in a call with his counterpart Vladimir Putin. According to Moscow,  Xi Jinping ‘noted the legitimacy of the actions’ taken by Russia to protect its national interests

This behaviour of China proves that it wants to be on the right side of history. When it got hit with the reality of Russia’s power, China is now engaging in a flimsy course correction. However, China has lost its ‘once-younger, submissive brother’ forever now as Russia decouples from China.

Collection of 19 You are Special Quotes and Captions