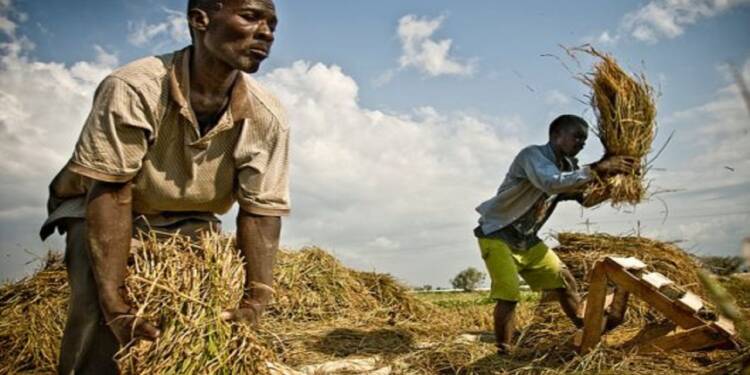 Self-sufficiency in food production is one of the top-most priorities of the African continent. With the changing world order and the consequences of the Russia-Ukraine war, it has become even more urgent. Despite having all the natural resources and vast arable lands, why Africa still needs to import food grains? All the major African countries import food from outside and Africa’s food import bills have only skyrocketed in the past few decades.

Millions in Africa today are facing a food emergency.  The pandemic and long period of drought had already hit the African economies hard even before the Russia-Ukraine war. More than that, many countries in Africa have great potential for agricultural prosperity; however severe internal conflicts, political instability and unrest have negatively influenced agricultural productivity. Reports show that, recurring conflicts can disrupt the supply and distribution of inputs and outputs and can make agricultural investments difficult to maintain.

There is so much that Africa can learn from Israel’s example. Despite many challenges and lack of arable lands, Israel has transformed its agricultural sector, ensured food security and is today a world leader in agriculture and water management. On the contrary, African countries are still mostly dependent on food imports and unable to feed its ever-growing population on its own.

Israel’s effective governance, investment in an effective institutional architecture, a robust agro-industrial policy, farmer-centric and innovative approach has been instrumental in bringing about an agricultural revolution.

If Africa can put a stop to its Civil unrest, political instability and instead focus on good governance, sound agricultural policies and establish effective co-operation and co-ordination between government, researchers, farmers and the private sector it can truly hope to become self-sufficient in food production.

Amidst the gloom in agricultural sector in Africa, it is heartening to see that now Africa is finally collaborating with Israel to increase its agricultural productivity. Farmers in East Africa are now using Israeli Technology to improve local agriculture.

Israel is now joining hands with many East African countries to improve the situation. It is collaborating on projects such as Computer drip irrigation; early warning systems and thermal imaging in many African countries. Apart from providing farmer’s kits, Israel can also help the continent in sectors like smart farming.

Such programmes and initiatives must be proactively adopted and replicated in other parts of Africa as well. With this Africa can actually move in the direction of achieving food security.

During the Covid pandemic when all major economies in the world shrunk, Indian economy was rescued by its agricultural sector. It remained largely unaffected and withstood the Covid assault even as most other sectors witnessed dismal growth.

Africa must realize this. In the recent years, Africa’s growth of population has outpaced its agricultural productivity. Combined with rising food prices, unemployment and trade restrictions by major global food exporters, the continent has become more vulnerable to acute food shortage.

Keeping all this in mind, Africa must take urgent steps to boost its crop-production and adopt sustainable farming practices and cut its heavy reliance on food imports. From being the net food importer, Africa must work on a mission-mode to scheme aggressive strategies to revolutionize its agriculture sector in order to attain its place on the world stage that it deserves in the 21st century.