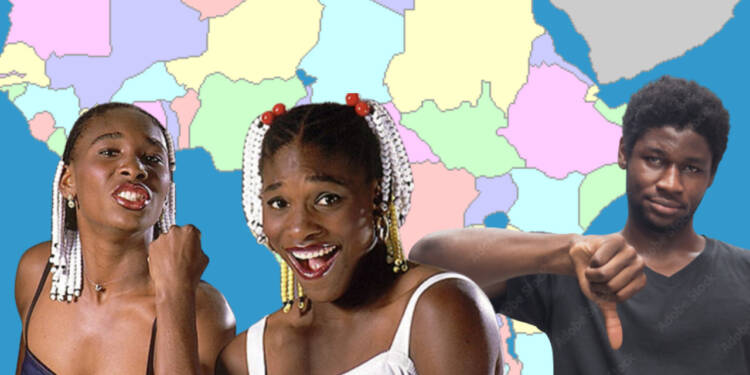 As recognised by the author Audrey Smedley, it is widely known that until the 17th century, Africans were mostly happy people who worked primarily in agriculture and cattle rearing. Africans had cattle, farming, trade and functioning systems of governments all across the continent. But when Europeans conquered Africa they discovered that Africans were more skilled workers and farmers and they were also immune to a number of diseases as compared to the Whites.

These types of perfect qualities were in high demand in the colonial world at the time. The almighty colonists thought that sending Africans across Europe and Americas would be great. The Europe and Americas were known as the “New-World” because the Europeans knew that these people would never be able to return back to their home escaping the clutches of Europeans, effectively making them slaves.

According to ushistory.org, in 1663, a Virginia Court decided that a child born to an enslaved mother is also a slave.

In 1730, England started to aggressively trade in slaves and New York, Boston and Charleston started to thrive as homeports for slave vessels. What followed then were the horrors of slavery, which were to scar generations together.

Debate regarding African-Americans and Africans

Coming to the debate of comparison between African-Americans or ‘Afro-Americans’ and Africans debate, the former have suffered or continue to suffer till date in the form of racism, colorism or worst of them ‘micro-aggression’.

Micro-Aggression is when a teacher praises his Asian student for speaking good and effluent English, even if that student’s first language is English, or a white lady clutches her purse when a coloured guy passes by or someone is seen from a particular racial lens by someone based on their skin colour. One should have read this while reading Psychology or any other subject but this happens daily on the streets, offices, institutions, parliaments and at many other places. This is done consciously or subconsciously by an average racial supremacist in the West but what if the ‘brothers’ (African-Americans) of Africans do this with them. They further perpetrate the micro–aggression they face on a daily basis to their African brothers, and are just not willing to break the vicious cycle.

As stated earlier a boy born to a slave mother was also considered the same and prior to the anti-slavery revolution had to struggle through slavery with his mother. But the descendants of the same boy today discriminate with Africans coming to the West. African-Americans consider African immigrants as opportunists who are profiting from the struggles of their fore-fathers. They think that these immigrants have not shared the struggles and racial discriminations which they did. Therefore  justifying their discriminative acts.

Also Read: How Hollywood is promoting ‘Racism of the Worst Kind’ against African Americans

While on the other hand the reality is that these struggling African-Americans don’t realize the struggle of the Africans which still suffer due to the underdevelopment of their native places courtesy invasions of Africa by the Europeans.

And the reality is that these new age African-Americans are the ones who are profiting from the struggles of their forefathers while a handful of African immigrants put their lives at risk to reach the so-called developed world.

But why is this phenomenon occurring in the first place? The reason is that the African-Americans have imbibed racism and micro aggression at a subconscious level. They think that the only way forward to reaching new heights is by using others as stepping stones and it has created a vicious cycle.

This vicious cycle needs to stop and it can only be stopped when the African-American community embraces their brethren. Why is it that the William sisters are not open to accepting their African roots and would rather call themselves American? What is it that they fear to lose, if they accept their Nigerian roots in public?

At a time when it is important to accept and take pride in one’s roots, it is the African Americans who are so deeply engrained in this vicious cycle of micro-aggression, that they don’t realize the importance of breaking it.

While conflicts between Whites and Black Americans regularly make it to the headlines, but not much attention is paid to the increasing tensions and hostility between African immigrants and African Americans, which often have also resulted in violence. These tensions have hampered genuine integration and cooperation between the Black people and have weakened the case for a more equal society for the Blacks.