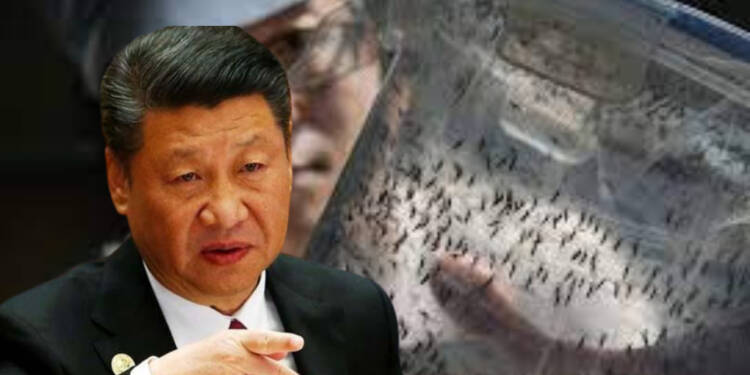 Imagine a world without mosquitoes. People living in densely-populated regions like Africa, China and India fancy such a world a lot. After all, mosquitoes claim over 1 million lives every year worldwide. According to the latest World malaria report, there were 241 million cases of malaria in 2020.

In China, a malaria-free country on paper, people tend to experience the worst outbreaks of Dengue and Malaria more frequently than often. Over a half-century-ago, China would suffer 30 million cases of Malaria a year. In 2014, the southern Chinese province of Guangdong suffered the worst Dengue outbreak in decades. It was reported by the Chinese authorities the number of Mosquitoes in the country had increased fivefold at that time.

8 years down the line, authorities in China are planning to eliminate all mosquitoes to eradicate malaria and other mosquito-borne infectious diseases. Last week, the deputies presented at the fifth session of the 13th National People’s Congress reportedly proposed “carrying out comprehensive mosquito eradication” program. The stated purpose of the program is to eliminate malaria and other mosquito-borne infectious diseases from China once and for all.

It looks like CCP has a thing for imposing its radical ideas on nature with no regard for local ecological balance. Under Mao Zedong, China began ‘four plagues campaign’ where it vowed to eliminate sparrows, mosquitoes, flies, and rats. As a consequence, a deadly plague destroyed crops and people started starving to death. Now, it looks like a similar kind of ‘smash mosquito’ campaign has been set in motion by the Chinese authorities.

Horrors of a mosquito-less world

However, a mosquito-less world might not look as desired as it may seem now. Mosquitoes do play a vital role in sustaining ecological balance. Firstly, mosquitoes are carriers, or vectors, for some of humanity’s most deadly illnesses, and they are the public enemy number one in the fight against global infectious disease. This is one way of looking at this. In other words, mosquitoes help nature eliminate weak people and ensure the survival of the fittest.

On one hand, Mosquitoes help mother earth avert a population crisis; they also help vegetation flourish on the other. Male mosquitoes eat nectar and, in the process, pollinate all manner of plants Mosquitoes are pollinators. In reality, flower nectar, not blood, is what mosquitoes like to feed on. Mosquitoes spread pollen from flower to bloom while they consume nectar, just like bees or butterflies do. This fertilisation helps plants create seeds and multiply. Only after mating does a female mosquito go for a blood meal to provide the protein for her eggs. Males never bite and simply consume flower nectar.

So, mosquitoes help humanity by not only keeping the human population under control (by eliminating 1 million weak people every year) but also by helping flowers and plants flourish and reproduce themselves. A mosquito-free world will soon turn into a hellhole where people would experience problems like overpopulation and extreme food shortage. In the case of China, the country may experience the deadly great famine of the 1960s yet again. Elimination of mosquitoes from the food chain may seriously disturb ecological balance, food supply chains and thus severely hamper crop production.

A country as big as China can’t afford to rely heavily on food imports for a long period of time. It would take a heavy toll upon the Chinese economy. On the contrary, if China fails to secure enough food supplies for its population, the country might see a repeat of the great famine. So, it won’t be long before CCP’s tampering with nature laws will lead to great destruction of Chinese society and collapse of the Chinese civilization.