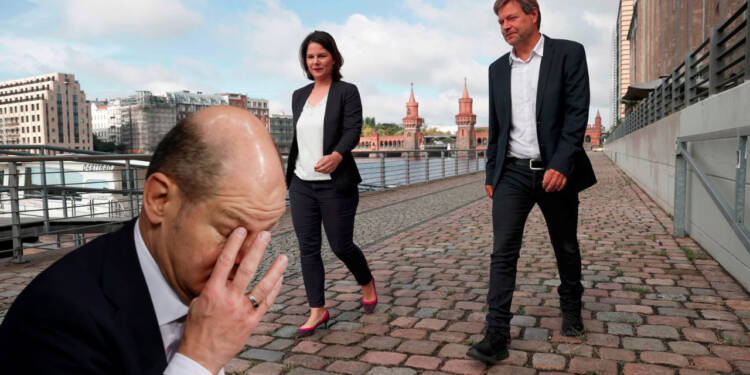 On 21st September, the German government announced that it is officially taking over Uniper for ensuring the supply of energy to homes and businesses. Uniper has previously been the country’s largest importer of Russian gas. For this, Berlin has vowed to spend 8 billion euros ($7.9 billion) to acquire additional shares in Uniper which it does not own. The nation is heading to acquire 99% of the stakes.

In July, the German government took a 30 per cent stake in Uniper and agreed to a €15 billion bailout package to save the company from a total shutdown. As the Government announced the nationalization of Uniper, Economic minister Robert Habeck  announced, “This step became necessary because the situation has clearly changed,”

Even the officials at Uniper are euphoric over the fact that the company has got nationalized. But, it looks like Olaf’s own partners in government are irked by Uniper’s nationalization.

According to Bloomberg, Scholz’s Coalition is at odds over Germany’s gas levy. Scholz’s ministers are throwing each other under the bus after the Uniper’s nationalization. This is for the first time that conflicts have emerged in Chancellor Olaf Scholz’s ruling coalition over financing the government’s effort to stave off a collapse of Germany’s energy sector.

Finance Minister Christian Lindner has lambasted Economy Minister Robert Habeck over plans to pay for the deal to nationalize gas giant Uniper SE. As per Lindner, there are still issues that need to be ironed out over funding for the bailout.

Lindner has raised questions over the gas levy which Habeck had introduced before Uniper’s nationalisation. The finance minister has stressed that Habeck’s former decision to impose a gas levy on German households is absolutely illegal given the fact Germany now has a safe and secure supply option. If one remembers correctly, Robert Habeck had entitled German households to pay €500 more a year for gas after a levy was set to help utilities cover the cost of replacing Russian supplies. But now, as Uniper is nationalised, Habeck has no moral ground to keep the levy imposed. Lindner is cracking the whip for Habeck and urging him to chalk out a new plan of levies or no levies. But, Habeck seems to be adamant against such calls.

Read More: Is Olaf Scholz resigning as the German Chancellor? Most probably yes

Olaf Scholz is a Puny?

Calls by the Finance minister are falling on deaf ears, the Greens have made it apparent that the levy will continue to remain imposed on German households.

Well, Habeck’s Greens has historically been in favour of raising taxes or taking on more debt to help finance the government’s response to the crisis, but Liberals have always ruled out these options. Olaf was chosen as the coalition’s leader following the implementation of the common minimum programme. A contract for the ruling coalition was sealed when the SPD, Liberals, and Greens formed a coalition the previous year.

However, the cracks within the coalition have started to appear. Beyond a shadow of a doubt, Lindner and Habeck are fighting like cats and dogs over policy implementation. Whereas, Olaf has kept a complete mum over the matter. This might demonstrate that Olaf Scholz is now a puny in the coalition. In the last nine months, Olaf Scholz and SPD have lost huge ground electorally.

According to DW, around two-thirds of Germans are now dissatisfied with Chancellor Olaf Scholz. Approximately 62% of Germans have an unfavourable view of Scholz. That’s a major dip in his support.

A Leverage for Greens!!

The sole reason behind this is Germany’s non-sensical jump in the Ukraine war which has spurt immense troubles for Germans. However, the Ukraine war is somehow being kind to the Germany’s Greens. If the Chancellor is to be elected directly, Scholz will now come only in third place. While Habeck will come first.

The Greens are rising only on the behest of SPD’s decline. Over 90 % of Green voters believe that the party has the best policies in the federal government and it was visible in the regional elections too.

So now, SPD is undoubtedly the second fiddle in the coalition. Furthermore, Greens have tripled their vote in the last 5 years and now, Habeck is openly undermining sitting ducks, Olaf Scholz and Lindner, like there’s no tomorrow.

Olaf is so unpopular that he’s on the verge of stepping down as Germany’s chancellor, and it’s possible that party politics will be used to replace him since SPD will be held accountable for his mistakes and failings.

So, Who will succeed this coalition’s current chancellor? Habeck or Baerbock? Only time will tell.