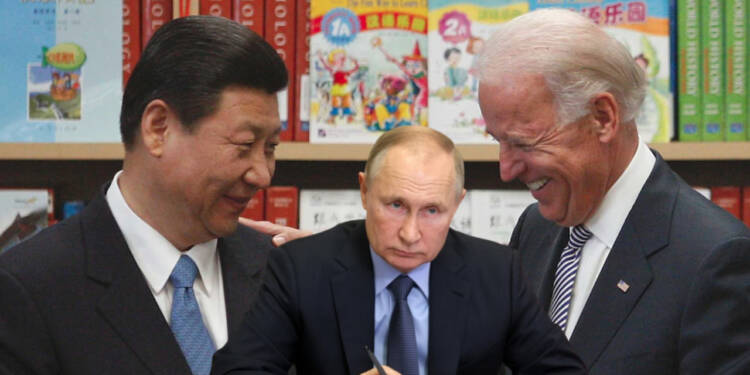 Reportedly, the NATO chief discussed possible ways of ending Russia’s war against Ukraine. After meeting Wang, Stoltenberg announced: “I called on China to use its influence on Russia to end the war in Ukraine”,

Furthermore, NATO’s new Strategic Concept, adopted by allied leaders at the Madrid Summit in June states that China’s “stated ambitions and coercive policies challenge our interests, security, and values.” So, NATO on paper almost declared China a threat to its security. But what changed in just two months that NATO is now viewing China as a potential partner to deal with, and not a threat exactly. In a development that may surprise geopolitical analysts worldwide, NATO has extended an olive branch to China with an eye on Russia.

Stoltenberg has called on NATO Allies “to remain open to constructive engagement with the People’s Republic of China, including to build reciprocal transparency, with a view to safeguarding the Alliance’s security interests.”

What a strange world we live in today; formerly, China and Russia were considered to be best friends. However, it appears that NATO is now explicitly trying to court China to corner Russia.

The US easing to China

Beyond a shadow of a doubt, US president Joe Biden is dovish toward China. He has maintained a soft approach towards China whenever it came to countering Beijing’s intimidation. Now, it looks like the US, behind NATO, is keen to partner with China, in order to mount pressure on its northern neighbor.

Interestingly, even China is eager to cut ties with Russia and join the West, thanks to its ailing economy. Before meeting Stoltenberg, Wang Yi had met with US secretary of state, Anthony Blinken. Wang said the China-US relations “are facing the gravest challenge” and at a “critical juncture,”

The Chinese diplomat said it is “necessary” to create a favourable atmosphere for the resumption of normal exchanges between Beijing and Washington and push relations back to a healthy and stable development track.

“It is urgent for both sides to establish a right way for the two major countries to get along with each other in a responsible attitude towards the world, history, and the peoples from two countries, to promote the stability of the relationship between the two countries,”.

Read More: EU is just one step away from peace. Even Putin agrees

NATO had always viewed China as one of its biggest threats. However, as the war with Russia occurred, NATO again got a god-sent opportunity to point its cannons at Moscow.

However, China has never been a foul-weather ally of Russia. In the late 1960s, when USSR and China were locked in a deadly conflict over border disputes, Nixon was the first ever American president to visit mainland China. He was believed to have persuaded China to side with US against USSR in midst of the cold war.

There have been countless examples when Russia and China have come at odds with each other. Even in recent times, China has backstabbed Russia despite being in the goods books of Putin.

At the SCO summit, China’s present leader Xi Jinping raised “questions” and “concerns” over the war in Ukraine. Even before that, China moved to halt importing coal from Russia. As reported by TFIGlobal, Chinese power plants and steelmakers were told to hunt for alternatives for Russian coal amid widening sanctions on Moscow.

Basically, Beijing tried to spur more troubles for Moscow despite the fact that Xi ostentatiously declared Putin his close friend.

Now, China is ready to hop in NATO’s lap because the West needs the CCP against Russia and China needs the West’s blessings to revive its economy.

Notably, if China decided to turn against Russia, it won’t bode well for the communist country. Currently, China enjoys Russia’s impunity on sensitive questions, like China’s evil expansionist ambitions in Russia’s Far East, in the South China Sea and in Central Asia.

Even on the Sino-Indo border dispute issue, Russia has refrained from taking sides just to respect Russo-Sino relations. In Southeast Asia, Russia refrains from solidifying its defence partnership with China hawk nations to help China militarily. Now, if China joins NATO’s side, Russia will undoubtedly undertake a no-holds-barred political, diplomatic and even military offensive against China.

Read More: Putin summons Xi for a meeting and serves him a stern old-school warning

China is at the cusp of losing a major friend forever. NATO-China alliance is a dead duck from the start. It is bound to fail and will only hasten NATO’s downfall. NATO, with China on board, won’t be admired by European allies like Macron of France and Olaf Scholz of Germany. So, its dalliance with China is only going to dismantle NATO and diminish its credibility.