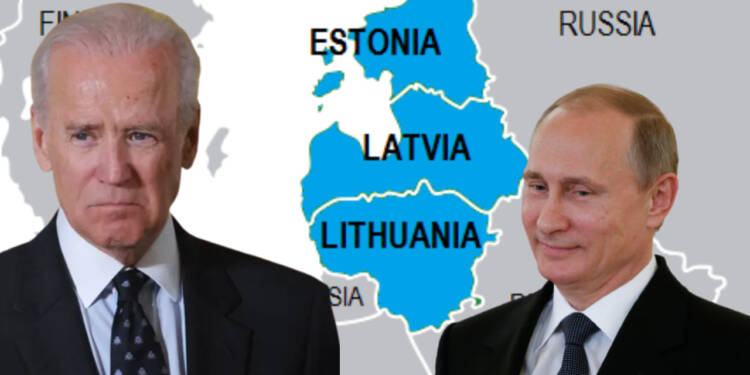 The Zelensky regime seems to be overjoyed by their recent supposed counteroffensive against the Russians. To tell you the truth, Moscow’s recent retreat on the battleground in some areas of Ukraine has been misunderstood to be Putin’s weakness.

Still, it looks like NATO was indeed overjoyed by the development until Putin cleared his motive behind the war and now the baltic state Latvia has solidified the Russian’s position of strength.

The Latvian cabinet recently approved suggestions from the Defense Ministry concerning the creation of the State Defense Service which will be responsible to oversee the annual military service.

You see, the Latvian’s proximity to the Russian megastate has enabled them to gather better intelligence than any of the western states. And the Latvians know that Moscow is far too big of a power to just back out of the war. The Latvian leaders knew that the whole development must be nothing but a part of a larger strategy inculcated by the Russians.

Well, the doubts were soon enough cleared by Putin. In a rare address to the nation, Russian President Vladimir Putin announced that the decree concerning partial mobilization of its 2 million-strong military reserves has been signed as the war in Ukraine reaches its seventh month.

The decision, which Putin said was taken “to defend the motherland, its sovereignty and territorial integrity” is being viewed as an escalatory move by the West.

Putin had initiated the military operation with the aim of liberating the oppressed people of Donbass. And now when the region is under complete Russian control, Putin plans to pull back the regular army and replace it with conscripts to maintain peace in the liberated regions and continue defending the territory if Ukraine launches a ‘counter-offensive’ against the ethnic Russian populace.

The Baltics Know that NATO is unreliable

You see, other NATO members like Poland and Hungary are just now coming to consensus with the realities of NATO. The alliance’s leaders have not been instrumental in protecting the interests of its members and have instead used them to carry out their own personal agendas.

The USA and Germany have extended unparalleled pressure on Poland to support Ukraine militarily. Although, Poland was not reimbursed for the support it was offered by Germany after Warsaw sent its essential military equipment to support Kyiv. The unapologetic refusal by Germany triggered the leaders of Poland who soon started taking anti-EU stands.

Hungary, on the other hand, has long taken an opposing stand and also refused to condemn Russia for its military operation and has continued with its energy deals with Russia.

Although the Baltic nations know the capacities of the Russian defense system and had previously come to a consensus the west will not come to aid in the event of an escalation by Moscow.

Latvia has so far been the only Baltic state where conscription has not been undertaken since 2007, it resumed in 2015 in Lithuania, and has continued uninterrupted since the 1990s in Estonia.

The current defense budget of Latvia is €758 million (2% of GDP). The establishment of the State Defense Service will be financed from the growing funds for defense, which would now reach 2.5% of GDP over the next three years.