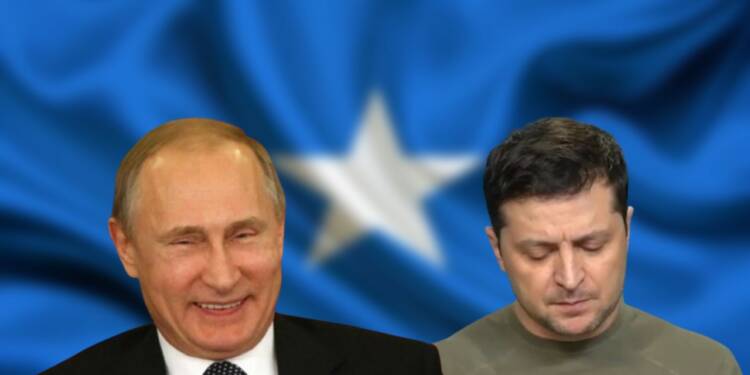 In a recent development, Somalia has announced it is going to open its embassy in Morocco and also its consulate general. After a meeting with his Moroccan counterpart at the UN General Assembly, Nasser Bourita, Somalia’s minister of foreign affairs, Abshir Oma Jama, confirmed, that Somalia has decided to open an embassy in Rabat and a consulate general in Dakhla. He further added that a plan of cooperation will be signed between the two nations.

But we say that this move has significant geopolitical implications. How? Let me explain…

You see, at the start of the Ukraine-Russia war, the US, EU, and NATO pressured their puppets into siding with them and imposed sanctions on Russia to hurt its economy so that it would pressurize the Kremlin into suspending its military operation in Ukraine. Many poor countries decided to side with the US and EU and voted in favour of Ukraine in the UN resolution which condemned Russia. Somalia is one of them. Somalia voted yes to the resolution, which meant openly backing Ukraine, cutting ties with Russia and siding with the US.

But now, this recent move by Somalia has Russia written all over it. Why is that? To understand this, we need to look into another ongoing conflict between Morocco and Algeria.

Time and again, Algeria has suffered defeats at the diplomatic level, and its recklessness has pushed it into further isolation. During the Trump presidency, the US recognised Western Sahara as part of Morocco in exchange for establishing its ties with Israel. However, the US has reduced its support for the country since Biden took office.

But Russia’s strong diplomatic and military relations with Morocco are evident as the latter has always refused to take part in the vote on the Ukraine-Russia war at the UNSC.

Now, we need to draw a comparison between this conflict between Morocco and Algeria and Somalia’s own territorial dispute with Somaliland. Somaliland, which used to be a part of Somalia, broke away and declared independence in 1991.

Over the years, it drafted its own constitution, established its own military and organized democratic elections. Somalia, which has rejected the existence of Somaliland, was hoping to receive military and financial support from the US and EU for voting in favour of Ukraine during the UNSC vote.

However, the promises made by the West were not fulfilled, and now it is looking to Russia for support.

And this is the reason, why Somalia has now decided to embark on its diplomatic relations with Morocco. Somalia has now realised that siding with Russia and having the Kremlin’s back will benefit it in the long run. Russia has always backed Morocco, and therefore, by offering a hand of friendship, Somalia is conveying to Putin that it is making amends and wants to create diplomatic ties with him. Somalia is hoping that Putin will back it in its conflict with Somaliland, just like it did with Morocco.

Somalia has now realised that its decision to back Ukraine was a mistake, as now the nation, which was already suffering from poverty, inflation, political dissent, terrorism, and unemployment, is bearing the brunt of backing Ukraine. Whichever country has voted in favour of Ukraine, sided with the US and the EU and took part in sanctioning Russia to damage its economy is now struggling with soaring prices of essential commodities, rising food shortages and supply chain issues.

Thus, to save itself geopolitically as well as economically, Somalia has embarked on the path of forging its ties with Russia and its allies.