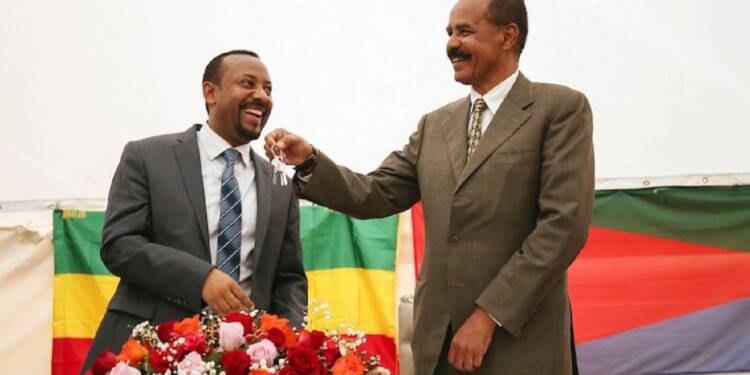 The Tigray Crisis is an ongoing civil war which broke out in the Tigray region of Ethiopia in November 2020. The major stakeholders of this crisis are the Ethiopian government, Tigray People Liberation Front (TPLF), Eritrea, the West and the Tigray People. The Tigray people are one of the many ethnic communities of Ethiopia which were assimilated into the salad bowl when Ethiopian Empire absorbed the neighboring regions to escape European colonists to take over its central Ethiopian region. The result was a very diverse country with dozens of ethnic groups and Tigray was also a part of this empire.

Fast forward to today Ethiopia and Eritrea are together at war with Tigray terrorists.

But the question here is why? And to know why we have to go to the 2018 Prime Ministerial Elections of Ethiopia, when all of this started. It was first time in the history of Ethiopia when Abiy Ahmed a man from Oromo descent won in the Prime Ministerial race by a landslide 60% of the votes.

This spooked the infamous Tigray Forces because now they didn’t have any control over Ethiopia’s politics like they enjoyed under prior Presidents. The newly elected Dr. Abiy Ahmed also started removing corrupt officials in order to reform the country’s economic & political system and corrupt Tigrayan officials were also removed in this process. This further rattled the Tigrayan forces. Abiy even invited TPLF to join his party which was a coalition of multiple parties, to which TPLF declined.

Two years later in August 2020, elections were scheduled to be held but were postponed due to Covid-19 outbreak. The Tigray Rebels termed this as an attack on their self-determination right and attacked an Ethiopian military base in the Tigray region. They were now at war with their own country, government and people.

Also Read: Ethiopia is the latest African country to join in the “throw China out” campaign

West and it interference in every problem around the world

The west especially Europe and America are known to create, perpetuate and take advantage of civil wars in regions across the world. The horrors of Iraq and Libya are still afresh in our minds. The clandestine intentions of the west, to carve out a puppet state out of Ethiopia in order to control the Horn of Africa region is now before the world.

Ethiopia is embroiled in a civil war for almost two years now, when the West-backed Tigray terrorists decided to attack and destroy a military base for a mere postponement of the regional elections. The conflict has affected millions of people, displacing lakhs of people, killing thousands of Ethiopian citizens and starving an uncountable number of people till now. The notorious TPLF blinded by power has now turned into a militant organization from their prior status of Liberation Forces.

And West’s biased aid has reignited the crisis situation altogether. Few months ago when the Tigray crisis seemed to be ending; Europe’s €81.5million ($84.2 million) aid to the Tigray region further deteriorated the situation. The situation is so bad that it holds the potential to break the country further since Eritrea got separated from Ethiopia.

Eritrea: An important player in the Tigray Crisis

When Eritrea got separated from Ethiopia there was an ongoing conflict on the common border of Ethiopia and Eritrea but with Abiy at the helm of affairs the Eritrea-Ethiopia conflict ended and Eritrea turned into an ally of Ethiopia.

After the peace resolution with Eritrea the Abiy government also signed a ceasefire agreement with TPLF on humanitarian grounds, which was also hailed by Guterres, Chief of the UN.

But even after the ceasefire with Ethiopia, TPLF didn’t stop wreaking havoc on Tigray citizens which also spilled over the neighboring regions including Eritrea.

This reignited the war in the Tigray region but now it was between West-backed TPLF and Eritrean forces. This rattled the ‘almighty’ West and it started to pressurize the Eritrean government to stop the offensive against its Tigray stooges. But the Eritrean forces are determined to wipe out the Tigray problem for once and for all.

The UN which is majorly funded by the Western countries released a report which accused the Eritrean forces and non-player Ethiopia of war crimes and crimes against humanity which include torture, rape, and armed sexual-slavery.

The commission chair of investigation, Kaari Betty Murungi stated that, “We have reasonable grounds to believe that the widespread denial and obstruction of access to basic services, food, health care, and humanitarian assistance amounts to the crime against humanity of persecution and inhumane acts,…”

The West is afraid that its investments in the form of aid for the Tigray region will go in vain if the TPFL is wiped out, and in order to save its money and its face the West has employed its whole machinery to paint the Ethiopian and Eritrean government red.

The west is trying every trick in the book to get the Eritrean forces out of the equation in furtherance of its evil plans to divide Ethiopia and create a rogue state in the Horn of Africa region.