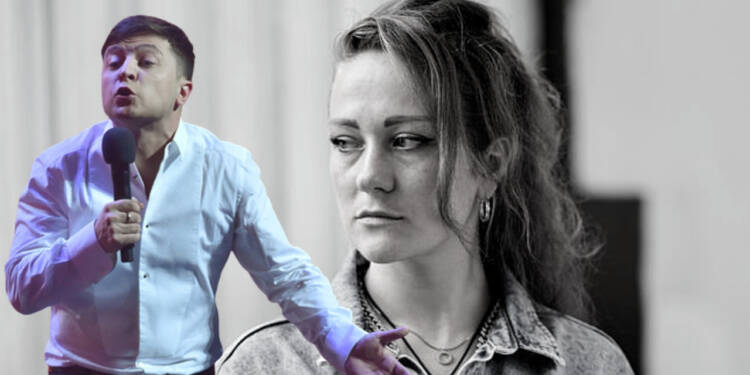 The Russian invasion of Ukraine has resulted in a type of calamity that has not been seen in decades anywhere around the globe. The war has culminated in the emigration of approximately 6.8 million Ukrainians. The overall population of the country is now close to 37 million people. In 2021, it was about 43 million — one out of every six Ukrainians has become a refugee.

According to the United Nations, the volume and speed of the expanding refugee crisis are unprecedented in Europe since World War II. With almost 6.8 million people escaping Ukraine and nearly eight million internally displaced, it has become the fastest involuntary demographic movement in history.

Since the war, many Ukrainians have sought asylum in the EU. And, in general part, the union has aided the refugees expeditiously. For the first time, the European Commission directive on assisting refugees in the event of a significant inflow was triggered, allowing Ukrainians to settle in the EU, get financial aid, seek job, and attend integration courses rather than being forced into protracted asylum proceedings. Ursula von der Leyen, President of the European Commission, even personally guaranteed that the Ukrainians will be adequately taken good care of.

The EU’s discriminatory policies have sparked outrage in the Global South. While Ukrainians were welcomed with open arms, during the decade-long Syrian civil war, the Union’s cynicism about accepting Syrian refugees was on display for everyone to see. Politicians’ utterances and Western media also mirrored the EU nations’ prejudiced approach toward asylum seekers. Ukrainians with blue eyes and blonde hair were divorced from the so-called brown-black “uncivilized” refugees from Africa and Asia. Furthermore, most refugees from the global south have consistently stated that they felt intimidated and anxious in European countries. Many reported physical abuse and financial exploitation in practically every country they travelled through, with women harassed or coerced to have intercourse by smugglers, security guards, among others.

Given their favourable treatment of their Ukrainian brethren, one would have reckoned that European countries would provide top-notch security and accommodations to Ukrainian refugees. However, guess what? Even “relatively civilised, relatively European” refugees are no longer secure on the European turfs.

A news report released by the German news website DER SPIEGEL detailed the deteriorating conditions of Ukrainian migrants in European territories. The journal met with scores of women who were forced to quit Ukraine and kept in touch with them for several weeks. These women’s experiences illustrate that in some parts of Europe, ruthless individuals have sought to profit from the crisis. They prey on innocent Ukrainian ladies and make their life a living hell.

Moreover, the women’s working conditions were illegal under the law. Pressure was frequently applied to the Ukrainians in order to force them to complete their assignments. In several cases, they were confronted with scenarios resembling modern slavery.

There were three beds for five people in the rooms within the deteriorating structure where refugees were made to stay. Many reported discovering pubic hairs in the bedding and hearing intoxicated males engaging in sexual activity with the Ukrainian women at night. Ukrainians are concerned about what might happen to their children, who are also expected to remain in the same rooms.

The EU takes pride in having embraced Ukrainians who had been displaced by the Russian invasion. However, as seen by DER SPIEGEL’s analysis, the exploitation  of Ukrainian refugees has only exacerbated. Some incidents appear to be similar to human trafficking. Rather than being lauded for accommodating the requirements of Ukrainian refugees, the European Union should be chastised for failing to address the enslavement of refugees from around the globe.

While European countries should be reprimanded for neglecting to safeguard Ukrainian refugees, one must not forget the role of Ukrainian President Volodymyr Zelensky, whose self – destructive aspirations to confront Russia spurred Ukrainians to flee their own nation in the first place. It was obvious that a powerful country like Russia would easily outnumber Ukraine in conventional warfare. Smaller nations like Ukraine, as offensive realism theorist John Mearsheimer correctly stated, cannot afford to align with any of the heavyweights in great power politics. It would only be detrimental to them in the long term.

Don’t be hoodwinked; Zelensky was well aware of the catastrophes that would continue to plague the Ukrainian people if he colluded with the West and embitteredPutin.But the President coveted global repute for himself; he sought to be remembered as a strong leader who stood up to the might of Russia.

Ultimately, it was the poor Ukrainians that bore the brunt of their leader’s megalomania.

Make no mistake, despite the horrendous carnage wrought on Ukraine, the President has not relinquished his quest for stardom.One vividly remembers Zelensky’s photo shoots with Vogue magazine while the Ukrainian people were besieged in a confrontation they couldn’t possibly win. While the President may have gained shallow glory in the eyes of his Western overlords, he is yet to produce a life-saving solution to halt the war. Truth be told; as the war continues to evolve, Ukrainians’ situation will only further spiral out of control, and all they can do is lament their follies in electing a buffoon as President.