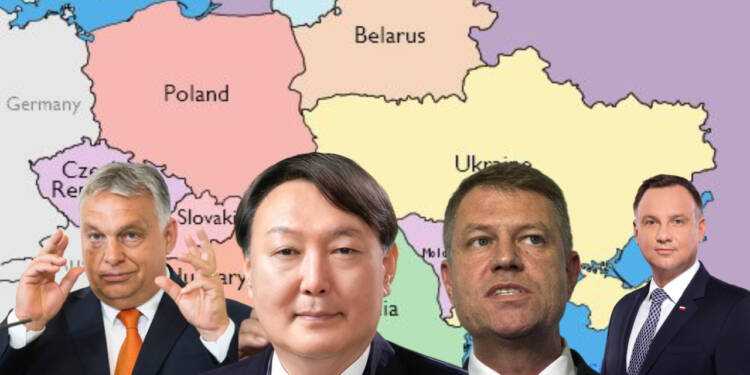 The European Union (EU) was created as a result of post-war cooperation in Europe to ensure peace, prosperity, and stability in the continent. Although the organization was created to provide a level playing field for all member countries, it wasn’t long before nations like France, Germany, the UK, and Italy established their predominance in the EU order after the horrors of World War II had faded.

Newer member nations, frustrated by the hegemonic activities of the likes of Germany and France, have been endeavoring to create a counterbalancing act and South Korea has reportedly joined the latter’s camp.

Vasile Dîncu, Romanian Minister of National Defense recently attended the Def Expo Korea 2022 technical and armaments expo in Seoul and held official meetings with his South Korean equivalent and the president of the National Defense Commission.

The Romanian Minister of National Defense welcomed Korean defense companies to take part in competitions for future financing initiatives of the Romanian Army. Their interest in the South Korean defense industry is probably because of Seoul’s expertise with NATO standards and its history in running some financing programmes similar to other NATO states.

The details of the proposed weaponry has not yet been made public. Yet by analyzing the needs of the Romanian Army and by looking at the equipment delivered by the South Koreans in Europe, it is clear that talks regarding howitzers and tanks are underway.

In the meeting of Minister Vasile Dîncu with his South Korean counterpart Le Jong-Sup, it is stated that “bilaterally, the two officials agreed to intensify cooperation in the field military education, cyber defense and joint training”, and, ” in addition, the possibility of in-depth cooperation was analyzed in order to develop new technologies, including the transfer of know-how, taking into account also the possibility of the production of military equipment in Romania “.

Visegrad Group ready to take on the EU

Visegrad Group is a cultural and political alliance of four Central European countries: the Czech Republic, Hungary, Poland, and Slovakia. Romania has been invited to participate in the Visegrád Group on previous occasions and it is indeed a big possibility that the former would endeavor to support the grouping to show a unified front against the EU leadership.

Polish Prime Minister Mateusz Morawiecki told Der Spiegel in an interview on Friday, “Poland’s importance is growing. We helped enforce the sanctions against Russia, we have established a joint Central Eastern European policy with Romania and Bulgaria in the Visegrad Group. As by far the largest country, we highlight the problems of the region.”

Morawiecki is hitting Germany hard whenever he can and recently branded Germany as an unreliable ally after the latter refused Ukraine a bunch of battle tanks.

Poland is one of the first EU member states to have endeavored to increase its power in the area and is now being followed by friendly nations.

To conclude, we can say, Poland has understood that the EU’s authority must be confronted by like-minded countries and is now readying itself.