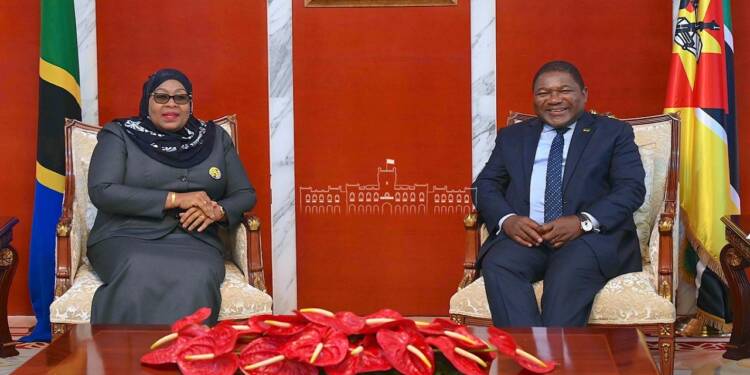 Mozambique and Tanzania have recently signed many agreements in the fields of security, resources and infrastructure development. The high point of these agreements is the one on cooperation with respect to ‘Exploration and Extraction of Hydrocarbons’ .Tanzania Communications Regulatory Authority also committed to scaling up communication cooperation with its Mozambican counterpart through the Communications Regulators’ Association of Southern Africa.

These recent agreements have numerous game-changing geopolitical implications. Truth be told, the rising importance of Mozambique in the global scale cannot be denied. Mozambique has been among the fastest growing economies in sub-Saharan Africa over the last 20 years, with average annual real GDP growth of 7.4 percent. Various indicators of human development progress—such as GDP per capita, poverty headcount, and life expectancy—have significantly improved. This strong performance was aided by the determined implementation of credible macroeconomic policies and structural reforms, a favorable external environment, donor support, and in recent years, the discovery and exploitation of natural resources.

Similarly, over the past decade, despite rapid population growth, Tanzania has achieved relatively strong economic growth and declining poverty rates. The country remains a lower middle-income country despite the global pandemic-induced contraction of GDP per capita in 2020.  Much of the country’s development success over the decade was predicated on its strategic maritime location, rich and diverse natural resources, and socio-political stability, as well as its rapidly growing tourism.

Recently, both Tanzania and Mozambique started exploring the benefits of the numerous natural resources including oil and gas that endow their lands. This caught the eyes of the Western nations, who have been starved off their oil and gas reserves ever since the Russo-Ukraine war erupted.

You see, for years, major oil and gas field development and pipeline construction projects in Africa have been hampered by Western banks and governments’ reticence to fund new hydrocarbon projects as the battle against carbon emissions has gained momentum.

With a loud smash, the tables have been turned. After promising to ban new oil and gas investments overseas at the COP26 in November, the G7 has suddenly changed its tune. And Europe, the same Europe that has advised African countries to focus on renewable energy and leave oil and gas in the ground, is now demanding gas.

The most recent visit in an attempt to secure gas supplies was from the Portugal Prime Minister, António Costa. The Prime Minister announced a 40 percent increase in funds allocated to projects under the Strategic Cooperation Program with Mozambique, in a rather failed attempt to woo the African country.

For long, Western nations have pillaged Africa and tried to increase their own coffers. But now, Africa has started to understand the importance of self-sufficiency in the wake of the global protectionism brought on by the COVID-19 pandemic. Additionally, the crisis spurred on by Europe’s overwhelming reliance on Russian energy sources has only served to motivate African nations to start weaning themselves off of Western nations.

Also Read: EU sends its agent to Mozambique in a last-ditch attempt to secure gas supplies

The authorities of both Tanzania and Mozambique have understood the reality that only a pan-African unity can fuel the growth of the continent. Recently, President of Mozambique Filipe Nyusi said the two countries were currently focused on exploiting hydrocarbons, which form the building blocks of vital energy sources like coal and gas.

Tanzania’s geographical positioning makes it easy to transport the natural gas to other countries, especially Asian (ones), which are looking for new sources of energy.

“We have reached a good stage of discussions about the LNG project, but much work is still waiting for us to talk and make it competitive,” the president added.

Africa’s hydrocarbons sector could see quick uptake in development if these governments endeavor wisely and position themselves as attractive alternatives for oil and gas. Another factor counting in Africa’s favour is the fact that domestic demand for hydrocarbons in countries like Tanzania and Mozambique is likely to remain strong well after many advanced economies have transitioned to renewable sources of energy, which supports the long-term investment case.

One important fact to note here is that while Mozambique has 100 trillion cubic feet of proven gas reserves, which could potentially place the country in the top tier of LNG producers in the world, most of the gas is located off the shores of the northern Cabo Delgado province, where insurgent groups operate.  For a long time, Western governments assumed that in order for Mozambique to harness these riches, it would have to clear out terrorist groups, which would “inadvertently” necessitate Western assistance. However, the West’s developed nations have underestimated Africa’s rising resilience.

Make no doubt about it, Mozambique recognised the threat to its sovereignty and natural resources posed by allowing Western countries to fight terrorism on its territory. As a result, it was prudent to seek assistance from fellow African countries.

Keeping this reality in mind, Mozambique and Tanzania have also signed two cooperation agreements in Maputo, focusing on combating terrorism and fighting crime. The African countries acknowledge the unrest afflicting northern Mozambique could occasionally spill over the border, so any decision to push ahead with the onshore project will also be made regarding the security situation.

African political and economic systems have always been annexes to global political and economic systems, lagging behind in global socioeconomic and political advancement for ages. Africans have long put up with the discriminatory treatment they receive from Western countries. However, they are now retaliating against the condescending and paternalistic attitude of Western nations. African countries are aware of the value of self-determinism and self-sufficiency in the cotemporary politico-economic environment. Be rest assured, a pan-African unity could propel the growth of the African economies at an unprecedented rate.