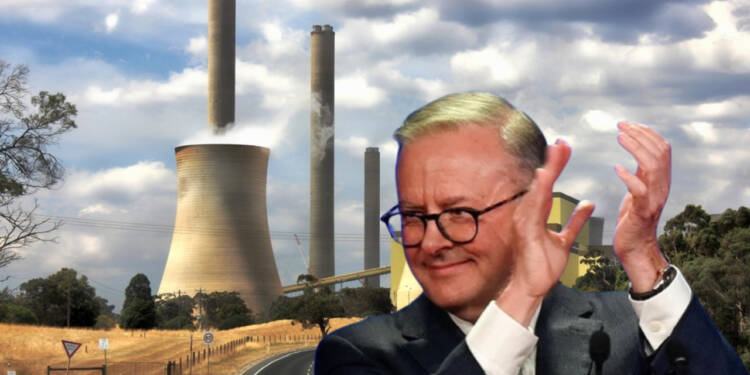 Australia want to go Nuclear: The war in Ukraine has altered the global energy dynamics forever. All the major economies have been impacted owing to the developing trends due to the war. It looks like the European economies under the illusion of a supposed support from the US made haste in abandoning their strategic energy ties with Moscow.

Well, the unplanned disbanding of energy supplies triggered a record price hike in energy rates. European nations had to further shell out money to secure regasification units to increase supply. The sudden change in events for Europe orchestrated a crisis in Australia that has now triggered unconventional demands.

Nine coalition senators in Australia reportedly backed laws to remove the nation’s nuclear energy ban. They introduced a Private Senators Bill, arguing nuclear power is one of the safest forms of energy and will play a vital role in achieving the nation’s emission targets moving forward.

The nuclear energy ban dates back to 1998, when the former Howard administration was forced to make a barter in order to win parliamentary approval for the construction of a new nuclear reactor at Lucas Heights for medical purposes.

Moreover, the demand for participation of nuclear energy in the energy market of Australia has increased ever since the signing of the AUKUS deal.

Also, Australia reportedly possesses the largest uranium reserves in the world and could benefit greatly if its reserves are put to good use.

But why is there a sudden demand advocating the use of nuclear energy? You see, Australia does possess a plethora of natural gas resources. It could also rely on alternate clean sources like solar and Hydro to reach its emission goals.

The alternate sources are way too expensive than the nuclear option. Across the globe, nuclear power produces double the electricity than that of solar and wind, yet between 1965 and 2018, global investment in solar and wind has reached $2.3 trillion, compared to $2 trillion on nuclear.

To replace the pipelined gas from Russia, which has been halted by sanctions during the Ukraine conflict, France, Germany, and the Netherlands, are in need to import liquefied natural gas (LNG). Europe’s race to replace Russian gas supplies has put Australia’s plans for five gas import terminals in doubt.

Furthermore, this is increasing the possibility of a supply shortfall in Australia’s populous southeast in the next two years. Europeans are snatching up the floating storage and regasification units (FSRUs) required to convert LNG to gas, leaving relatively little for Australian import programs targeted to recover from the supply shortfall predicted by 2024.

Australia is undoubtedly the world’s leading LNG exporter, but its main gas fields are located far from Sydney and Melbourne, as well as other major cities in the southeast. In addition, most of the output is contracted with Asian customers.

As a result, the former Scott Morrison government decided to move forward with LNG import projects, and regasification infrastructures as Australia’s competition regulator had warned that without supply fixtures, the southeast market would face a shortfall from the winter of 2024.

If the problem is not solved by 2026 or 2027, a shortfall over the whole east coast of Australia is expected. So, the stakes for Australia are quite high. Furthermore, instead of buying an existing vessel, looking for a new-build FSRU would result in further delays.

As a result, it looks rather natural that Australia should explore the possibility of going nuclear and take advantage of the very resources that god has blessed them with.