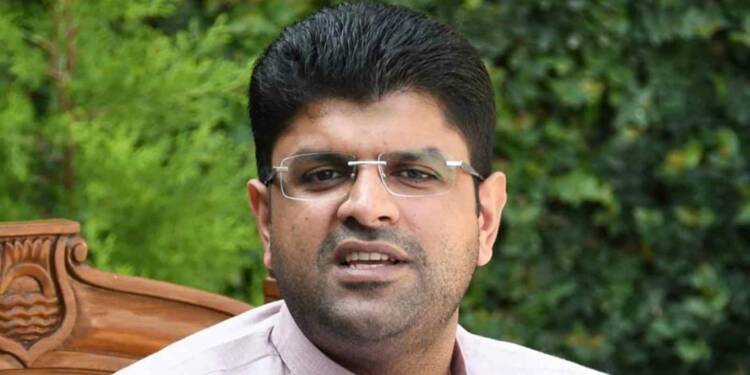 Dushyant Singh Chautala is a Jannayak Janta Party politician and current Deputy Chief Minister of Haryana. He was born on 3 April 1988. He is the president and co-founder of the Jannayak Janata Party. He represents Uchana Kalan constituency in Haryana Legislative Assembly, and was sworn-in as Deputy Chief Minister of Haryana after making an alliance with Bhartiya Janata Party in the 2019 Haryana Legislative Assembly election. In this article we are going to talk about the biography, career, notable works, and family of Dushyant Chautala so read the article till the end.

In 2014 Lok Sabha Elections, Dushyant Chautala defeated Kuldeep Bishnoi of the Haryana Janhit Congress (BL) by a margin of 31,847 votes to become the youngest ever elected Member of the Parliament for which he holds a record in the ‘Limca Book of Records’. In 2017, Chautala became the first Indian to be conferred with the highest civilian honor by the Cooperation Commission of Arizona, USA.

On 9 December 2018, Dushyant launched the new party Jannayak Janata Party (JJP) after differences in the family led to his expulsion from Indian National Lok Dal.

Jannayak Janata Party was formed by supporters of Dushyant Chautala in Jind, Haryana on 9 December 2018. The name of JJP party was inspired from the legacy of former Deputy Prime Minister of India, Chaudhary Devi Lal, who was often respectfully referred to as “Jan Nayak” or people’s leader.

Dushyant Chautala was born in Daroli, Hisar District, Haryana, on 3 April 1988 to Ajay Chautala and Naina Singh Chautala. He is the grandson of Om Prakash Chautala and the great grandson of former Deputy Prime Minister Chaudhary Devi Lal. He has a younger brother, Digvijay Chautala. He comes from one of the political dynasties of Haryana and his family belongs to the Jat community.

Under the leadership of Dushyant Chautala, Jannayak Janata Party fought its first election for Jind legislative assembly seat by-election. In the Jind by-election, JJP got 37631 votes and secured the second position.

Chautala holds the position of President, Table Tennis Federation of India. He also is a Member of Executive Council, Indian Olympic Association

We hope this biography article of Dushyant Chautala will be helpful for you to understand his journey and works.