A desperate US has now scurried to IMF to bail out its ally Rwanda which is currently buried under miseries. 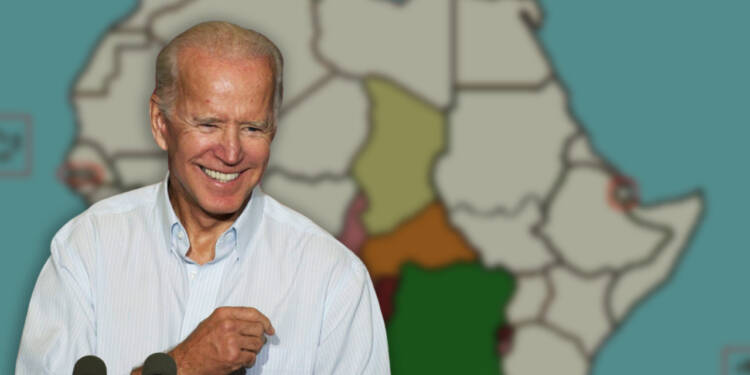 The International Monetary Fund announced that it has reached an agreement with Rwanda to provide USD 310 million for economic reforms and climate change goals. The IMF added that its Rwanda mission discussed steps to improve the financial structure of the nation and alleviate the consequences of the Covid pandemic.

You see, Rwanda is backed by the West, it is against Russia, it voted in favour of Ukraine during the UNSC vote over the Russian invasion of Ukraine and is helping the US and EU steal mineral resources of the Democratic Republic of the Congo or DRC. Rwanda never hesitates to show its loyalty to its Western masters which are using it as a tool to interfere in the internal affairs of DRC.

The same powerful countries which never get tired of lecturing the entire world about the significance of democracy, the necessity of freedom and sovereignty actively channels fund to Africa to create political instability and exploit the divide. Through this political instability, the US and EU exploit the wealth and natural resources of African and Asian countries.

Rwanda is one of many countries in Africa which have sold their souls to the West and betrayed its own interests and populace. For years, the government of Rwanda has worked at the behest of the West

Rwanda has actively backed the M23 rebels, which is a terrorist group and operates in the east Democratic Republic of the Congo. The group is notorious for its vicious attacks and sickening crimes. There are many reports, witnesses and investigations which have uncovered the gruesome activities committed by it. It has attacked civilians on suspicion of being military informants, raped women and shot helpless villagers.

DRC is rich in gold, cobalt and copper which the West desperately wants. Therefore, instead of directly getting involved in DRC, it is using Rwanda which in turn is using M23 to steal the precious mineral resources of the East African country.

Now, just as M23 is present in DRC, the UN peacekeeping mission has been working in the country for decades. The West is using not only M23 to interfere in the internal matters of DRC but also the United Nations. The purpose of the UN mission when it was established in DRC has been to promote peace and stability, however, the security situation has worsened. War crimes and massacres against civilians have not only continued but risen.

The main objective of the UN mission is to portray the US and EU in a positive light, as nations which are providing humanitarian assistance. But in reality, the UN is facilitating the smuggling of gold, cobalt and copper to benefit the West. M23 and the UN mission have been working together to plunder the DRC of its resources and are destabilising it.

The locals in DRC have realised the nexus between UN and M23, hence there is widespread public discontent against these two. Congolese people have had to resort to violence against UN peacekeepers only when all peaceful means of expressing their dissent went in vain. Opening fire on peaceful crowds by UN mission members and assaulting unarmed protestors have only intensified public anger in DRC. Calls for the UN to leave DRC have got strengthened.

Now, Kenya’s president William Ruto announced that he will be sending Kenyan Defence Forces (KDF) to east DRC to help the Congolese military in annihilating the menace of M23. Dr Ruto emphasised that DRC’s problems are Kenya’s problems too as it is one of its most important economic partners. However, the same Western media which refused to cover West’s interference in DRC, is criticising him for getting involved in DRC’s internal matters. Ruto stressed the importance of African unity and stated that for a thriving economy and peaceful democracy in East African region, M23 must be eliminated.

Ruto’s decision to deploy Kenya’s military in DRC has put the West on edge. Biden and other Western leaders have started scrambling and are working desperately to counter Kenya’s reinforcement. And this is where the IMF comes in, the institution dominated by the US. In the name of economic reforms and climate funding, the IMF is going to give Rwanda USD 310 million in aid. It’s highly likely this aid might end up in the hands of M23 rebels and UN Mission so that they continue their illegal activities in DRC.

The West realizes that the public anger in DRC against it is intensifying, and the pressure to leave the nation is mounting. Therefore, the bailout to Rwanda by the IMF is intended to provide resources to M23 and the UN mission which they might use in buying weapons, creating smuggling rings, bribing government officials, hiring local informants etc.