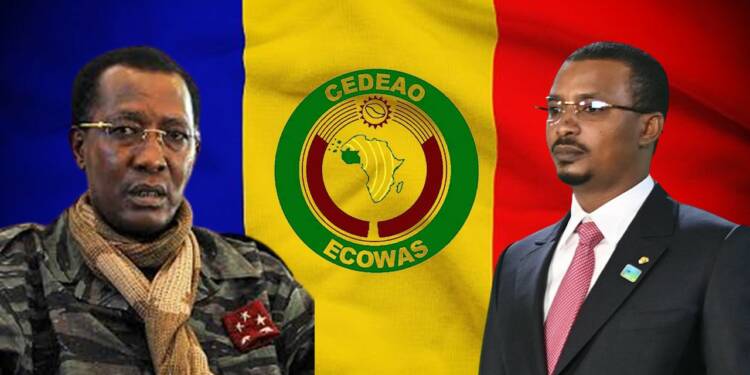 The national forum of Chad has announced that the junta leader Mahamat Idriss Deby will remain in power during a two-year transition to democracy. The National Sovereign Inclusive Dialogue forum of Chad approved Deby’s right to stand in the presidential elections, which is completely opposite to Deby’s former commitment.

After the death of his father, Idriss Deby Itno, last year in April while battling the rebels, Mahamat Idriss Deby, a 37 year old four-star general, took his position. His officers established the Transitional Military Council, a transition government which would go on to establish democracy and civilian rule. Soon after assuming office, Idriss Deby disbanded the parliament and scrapped the constitution. He announced that Chad will witness civilian rule and the transition period will only last 18 months. The military junta of Chad also announced that Idriss Deby will not be standing in the next presidential elections.

ECOWAS and its double standards

In Guinea’s case, the Economic Community of West African States (ECOWAS) didn’t conduct proper research, evaluate the country’s political situation and think about the repercussions. ECOWAS immediately imposed sanctions on Guinea because it disagreed with Col Mamady Doumbouya’s proposed timeline of the transition period of the junta. Guinea is a nation which has been through a lot of political and security crisis, its former democratically elected leader Alpha Conde was a tyrant.

The military coup in Guinea organised by Doumbouya put an end to the brutality committed by Conde’s government on the civilians of Guinea. The Guinean military ended the authoritarian rule. After the establishment of a transitional government, Doumbouya announced that Guinea will return to civilian rule and peaceful democracy will be established but it was going to take some time. ECOWAS objected to the time period cited by Doumbouya and put sanctions on Guinea, without giving Guinea giving a chance to justify the reason behind its proposed timeline. Apparently, the arbitrariness of these sanctions prove that they are meant to prevent the West African state from doing business with other countries, suspension of all aid etc.

Similarly, Mali too had a military coup when Colonel Assimi Goïta overthrew the government of Ibrahim Boubacar. A transitional government under Goïta was created. Soon after, the regional bloc of ECOWAS imposed sanctions on Mali citing dictatorship. Despite Boubacar facing widespread public wrath for his autocratic regime and protests, the ECOWAS again didn’t give Mali’s junta a chance to present their proposed timeline for establishment of civil government. The sanctions had dire consequences on Mali’s economy.

Despite junta leader of Chad Deby failing to meet his promise which he made last year that the transition to a peaceful democracy will take place within eighteen months, ECOWAS didn’t take any action. Deby also broke another promise; he pledged that he will not be standing in the elections to maintain its unbiased sanctity. ECOWAS, which is so concerned about the voice of civilians in Guinea and Mali and is desperate to hold elections in the two countries, chose to remain silent and look the other way when the national forum in Chad declared Mahamat eligible to stand in the elections. The national forum was boycotted by most opposition parties, major rebel groups and civil society organisations.

It is apparent that the decisions to extend the transition period of the junta and make Deby, who removed the constitution and dissolved the parliament, eligible to stand in the next elections, did not represent the voice of Chad’s citizens. Yet, we don’t see any sanctions being put on Chad by ECOWAS, there is no international condemnation of the junta in Chad.

Why were sanctions put on Guinea and Mali but not on Chad? Why didn’t ECOWAS object to the time period of transition proposed by Chad’s junta leader? Why did ECOWAS neglect the voice of the citizens of Chad? Why did the economies of Guinea and Mali suffer but not Chad’s? All three African states had coups, their leaders asked for some time to establish democracy and restore the constitution but the regional bloc chose to discriminate against Guinea and Mali.

Also Read: ECOWAS is a NATO puppet in Africa, and Russia-backed Guinea is their high-priority project

ECOWAS is an organisation which is backed and financed by the US and EU, most of the countries in the regional bloc have voted in favour of Ukraine and support sanctions imposed on Russia by the West. However, Guinea is backed by Russia, it is one of Kremlin’s important economic partners. Since, Guinea is the second largest producer of Bauxite, Rusal which is a Russian aluminium giant has three mines in Guinea. Doumbouya has a good relationship with Russian leaders, a day after the coup he received a delegation from Russia.

Mali too is moving closer to Russia. Earlier, it was a member of the G5 Sahel group, a military alliance financed by France. But later left the group as G5 Sahel failed in countering the Islamic insurgents in Sahel. Mali has good relations with Russia, it received five military plans and a combat helicopter from it in August. In the wake of strengthening of ties between Mali and Russia, France withdrew its troops from Mali in February after being in the nation for a decade.

Also Read: Guinea and Mali take the ECOWAS by its devilish horns

If the West was really concerned about democracy and the constitution in Africa, it would not be supporting Chad which not only suspended the democracy but also scrapped the constitution. If the US was worried about authoritarianism, then it would not have been sitting silent in the wake of this decision of Mahamat Deby’s government.