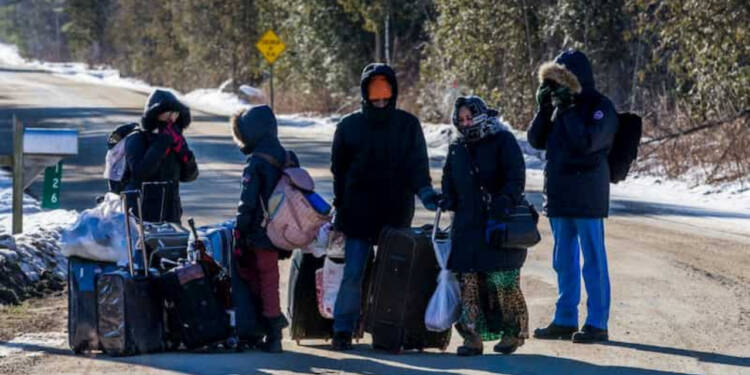 Justin Trudeau has a new plan that is bound to generate a lot of frustration in the country. Nothing’s new, right? But, this one can be a bit suicidal. The Prime Minister is now all set to wipe out Canadian culture from the country. Probably, he is on a spree to make Canada a diverse land. Trudeau’s government has now given its seal of approval to another nefarious program of allowing a horde of immigrants into the country.

According to Radio-Canada, the initiative would have an unprecedented reach and would cover those whose visas or work permits had expired as well as those whose refugee applications may have been rejected or halted because of a ban on deportations to their country.

“We’re looking into ways to regularise people who live in Canada with a precarious status,” a government source, speaking on condition of anonymity, told Radio-Canada.

An insider, who was not authorised to talk publicly on the subject, said that up to 500,000 people may be eligible.

Rémi Larivière, a spokesman for the Immigration Government, said that work to fulfil that objective “is beginning” and that the ministry is talking with academic specialists, industry representatives, and experts.

Read More: Unless Canada’s retirement laws are changed, the country will soon be run by migrants

While there have been programs to regularise the status of immigrant groups before, none have included so many people, says Rivka Augenfeld, a lifelong refugee advocate.

Temporary workers and asylum seekers would not be able to apply—including the thousands who have crossed at Roxham Road in Lacolle, Quebec, an unofficial crossing point increasingly popular among migrants entering Canada from the United States.

We know that ever since Justin Trudeau came to power, the banana republic of Canada has put all its eggs in just one basket- Immigration. A massive immigration wave has hit Canada, and there is no other choice. We know how heavily Canada is reliant on immigrants to boost its economy. And, now the PM has found a new cookie in immigration- establishing his voter base.

President of Canada Justin Trudeau is ramping up immigration just to serve his own purpose. We know that the popularity of the liberal leader is in a depressing state. Even the Prime Minister has acknowledged the fact that nobody is a fan of him at home now. So, he resorted to bringing voters from other countries and handing them permanent residency cards. Though permanent residents in Canada do not have voting rights as of now, it could be a possibility in the near future if liberals decide to figure out a path for that as well.

According to Canadian law, citizens of Canada are only entitled to vote in local, provincial, and federal elections. And in order to be a citizen, you must first be a permanent resident. After undergoing certain steps and a certain amount of time, permanent residents can apply for citizenship.

Read More: For the first time in Canada’s history,  English and French are losing out to ‘new languages’

So you see, this compensatory move by the prime minister is surely one step in that direction. But this move is bound to be a bit suicidal. suicidal for the country’s culture, language, and native people living in Canada. Apart from that, certain immigration advocates and the populace are worried that it will lead to the rise of violence and extremism in the country.

It won’t be wrong to predict that Canada is soon to be run by migrants! Trudeau is now importing hundreds of thousands of “illegal voters” now. He knows that due to his misguided policies, his popularity has taken a large dent, one from which he may never recover. Canadians have started to lose faith in him, so he is relying on illegal foreigners for his political fate now. He has taken on a spree of pleasing the migrants to turn them towards his caucus.