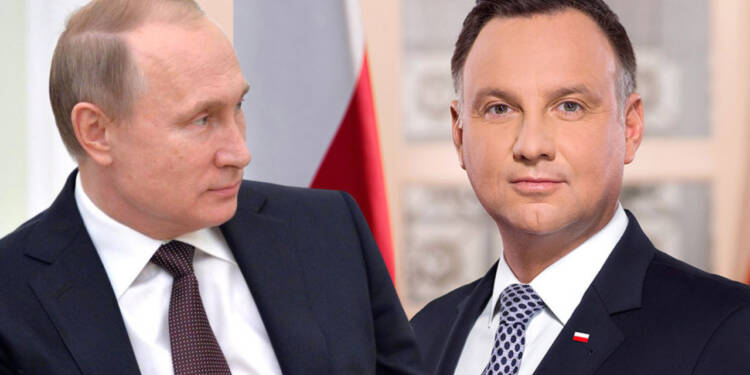 Poland wants to build one of the largest armies within the EU. However, Poland has once again proven that it will always remain a vassal state of NATO. Over the last three days, the battlefield in Ukraine has seen a lot of aggression. Russia has made it quite clear with multiple missile strikes that all hell will be let loose if the US and Ukraine don’t stop their nefarious attempts to provoke Moscow.

Along with this, Belarus has also begun preparations for an attack on Ukraine. But, it appears that Belarus is also interested in squabbling with Poland as Warsaw is bringing NATO nuclear weapons to its borders. According to media reports, Belarusian President Alexander Lukashenko has ordered troops to be deployed with Russian forces near Ukraine and Poland in response to what he said was a clear threat to Belarus from Kyiv and its supporters in the West.

At a meeting on national security, Lukashenko said, “Strikes on the territory of Belarus are not just being discussed in Ukraine today, but are also being planned, Their owners (Poland) are pushing them to start a war against Belarus to drag us there.” Furthermore, he added, “We have been preparing for this for decades. If necessary, we will respond,” Though this, Lukashenko has given a clear indication that a further potential escalation is in sight.

We are already witnessing what geopolitical analysts had long anticipated. Belarus which is often denoted as Putin’s second bastion is all set to hop on the battlefield. However, Poland is going to become an unwanted casualty for this stupid act.

Although, the relations between Poland and Belarus have never been too great. But this time, Warsaw was quite nervous about this sudden provocation from Minsk. Immediately after Lukashenko’s announcement, Poland issued a warning to its citizens residing in Belarus, advising them to leave the nation immediately due to security concerns.

Furthermore, Polish Deputy Interior Minister Maciej Wasik has confirmed that Polish fire services are assessing the state of the nation’s historical bomb shelters and developing new inventories. For those who don’t know, Poland has more than 62,000 bomb shelters and facilities across the country. As of now, firefighters are checking their condition, whether they are equipped, and whether they are fit for use. If not, a renovation process would start. Although NATO member Poland has guaranteed its population that the alliance will protect them against any Russian attack, the events in neighboring Ukraine have highlighted the necessity to be ready in case a missile strike occurs.

Who pushed Poland into hellfire?

Till now, Poland was towing a fine line amidst the war in Ukraine. Then, how all of sudden did Poland enter into such a troublesome situation? The answer is Duda’s recent puppy love for NATO. Make no mistake, NATO is trying everything in its reach to force Russia into a nuclear war. A few days ago, Biden attempted to stir up tensions in Europe by announcing that US and Russia would end up engaging in a nuclear “armageddon.”

Guess what, Poland has also fallen for this trap and asked NATO to station nuclear missiles there. Polish President Andrzej Duda said in an interview that Poland wants to take part in the Nuclear Sharing program and may receive nuclear weapons from the United States.

In response to a question about the growing risk of nuclear war and how Poland would proceed, Duda stressed, “ There is always the potential possibility of participating in Nuclear Sharing. We have talked with American leaders about whether the United States is considering such a possibility. The topic is open,” Historically, Poland has never possessed any nuclear weapon, except during the era of the cold war when the USSR set up 200 nuclear arsenals there. But now, the era of the USSR is history. Poland is now one of the countries on NATO’s eastern flank.

Honestly, given the timing of these statements, it is highly likely that Poland might end up with US nuclear arsenal on its borders. This would be a serious provocation against Russia. Without a doubt, this is the reason why Belarus has given a stern warning to Poland and Ukraine at the same time.

Read More: Poland is arming itself with devastating military power, not for Russia but Germany

At this point, the world needs to hear the message of peace. NATO, along with Russia, is however heading the exact opposite way. The official start of World War Three is now plausible if Poland indulges in a conflict with Belarus or Russia. Poland is unquestionably a staunch opposer of several EU policies and undoubtedly, a smart player in Geopolitics. But one must realize that, by accepting to host NATO’s nuclear weapons, Polish President Andrezj Duda is leading his country down a path toward suicide.

To avert a civil war, France may quit NATO yet again