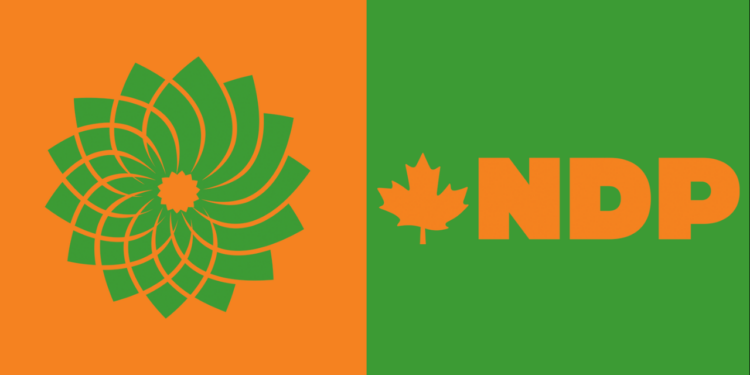 The B.C. NDP seems perturbed. What generally other parties welcome is seen as a burden by the NDP. switching allegiances is something which is absolutely acceptable in politics but B.C. NDP seems to be in a hissy fit.

The NDP party in British Columbia is up in arms against the B.C. Greens in the town. They are acting out of fear now. The fear of losing political grounds in the province forever. The B.C. NDP is poised to select a new leader to succeed John Horgan in December. Former federal NDP candidate and climate activist Anjali Appadurai is challenging David Eby, who has stepped down from his roles as attorney general and minister responsible for housing, for the top spot.

Appadurai, a former federal NDP candidate for the Vancouver-Granville riding, declared her intention to challenge David Eby last week and thus transformed what had been a triumphal procession into a contest.

The NDP believes that the B.C. Greens are trying to stage a “hostile takeover” of the NDP by supporting Anjali Appadurai. To find out if any active B.C. Greens had switched to the BC NDP to support Appadurai, the party wrote to the Greens and requested that they compare membership lists through an impartial third party. According to Elections B.C., both parties only allow people to hold one party member at a time.

The NDP’s proposal was also extremely insulting when you go along these lines: “Members are the heart and soul of a political party. It is in the interests of all political parties, and the stable functioning of our multi-party electoral democracy, that no party’s internal democracy is undermined through coordinated, bad-faith campaigns.”

“If a significant portion of the BC Green membership is attempting a hostile takeover of the BC NDP, this does not reflect well on the BC Green Party and we would wonder whether it puts its status as a registered political party in jeopardy,” wrote NDP executive director Heather Stoutenberg.

It now puts the party in a position where it may exclude hundreds, if not thousands, of Appadurai’s supporters based on unfounded concerns, and then blame everything on the B.C. Greens’ lack of collaboration.

You see, the NDP is concerned about it losing ground in future as it believes Anjali’s supporters are poised to vote for Appadurai in the leadership race and then return to the Greens if she doesn’t win.

“Joining the B.C. NDP for the sole purpose of voting in a leadership election while retaining membership in the B.C. Greens or while on temporary hiatus is fraudulent,” the letter says.

The NDP requested that the Greens evaluate the membership lists for both parties, claiming that its suggestion complies with B.C.’s Election Act and privacy rules.

However, The Greens turned down the request citing the privacy of the members.

“Our privacy policy prohibits the disclosure of our members’ personal information to third parties, except in limited circumstances. Your request does not meet these criteria,” reads a letter to Stoutenburg from B.C. Green Provincial Council Chair Jeremy Valeriote.

Hamish Telford, associate professor of political science at the University of the Fraser Valley, said it’s not surprising that the Greens chose not to share information about membership.

“Parties are not in the habit of sharing their lists with anybody, let alone other parties,” he said.

But, what is this much-ado behind party membership in B.C. NDP? Why is it becoming so pesky for the party? They are afraid of their declining popularity in the province.

The NDP’s collapse appears to have been concealed by the fact that all of its members are significant monthly donors, which has allowed the party to outraise its rivals.

However, winning the leadership contest is all about recruiting a tonne of new members. Anjali Appadurai, an outsider candidate, is said to have accomplished this with the aid of environmental organisations like the Dogwood Initiative. Although her campaign has declined to disclose an exact number, some New Democrats consider it to be at least twice as many as those of her opponent David Eby and possibly even 10,000 more.

Both Elections BC and the NDP are looking into possible illegal contributions made to Appadurai’s campaign by an environmental organisation.

Dogwood is accused of utilising its resources to persuade people to join the NDP and cast their votes in the election, effectively funding Appadurai’s campaign.

Read More: $50,000 fine for saying No to Jagmeet; BC becomes hell hole for healthcare workers

The reason why the NDP party is worried and is lashing out at the B.C Greens for trying to stage a hostile takeover of the NDP but it will not mask the real issue whatsoever. It is well known, the BC NDP’s problems are internal, and the mess is entire of its own making.