Germany and Poland are literally begging for oil in Senegal 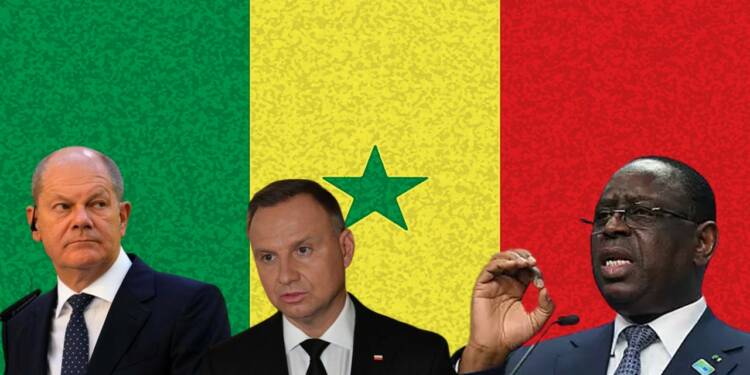 It is an old saying that, “Don’t wrestle with a crocodile while in water” and there’s one more saying “Don’t fight Russians in winter”. Both of these sayings intermingle. Germans learnt it hard way during WW2, while Europe had a chance to learn from that instance yet they chose the hard way. Here we’re talking about sanctioning Russia’s oil and gas. But the Russians now only have one thing to say “The Winter is coming”

The ongoing conflict between Ukraine and Russia has resulted in an Energy Crisis across Europe, with natural gas prices skyrocketing this year.

As the West and Russia argued over the conflict, Russia mostly shut off the gas supplies to Europe. Seeing this, the European Union has established minimum storage goals in an effort to lessen its dependency on Russian gas. At the moment, the EU’s aim of 80 percent for October 1 has been surpassed, with the gas storage capacity at 89.6 percent filled. Gas shortages in Europe are anticipated to linger for several more winters, raising the possibility of ongoing energy rationing as governments work to create alternate sources of supply.

After the sabotage of the Nord Stream pipeline, the gas supply to Europe which was already limited and ill-fated has further increased to the hues and cries of the European countries. Additionally Western sanctions played a huge role in affecting the Energy security of Europe. The matter of fact here is that the West never anticipated this move while sanctioning Russia. When Russia took Crimea in 2014 it was a dry run on the part of Russia and it never retaliated when the West put sanctions on Russia after the Crimean Crisis.

The Western policymakers thought that Russia will not stop the gas supply this time too; after all it earns a huge chunk of money from the gas sales to Europe.

Russia, on the other hand, choked Europe off Gas and Oil. The energy crisis was so bad that Europeans resorted to burning wood imported from the US to keep themselves warm.

Also Read: Congo and Russia have got into an oil co-operation pact, a win-win for both

Seeing the looming threat European Countries have started their scramble for new energy sources in the African Continent. They are desperate since about 90% of their supply was met by Russia.

But the analysts have already anticipated that the gas crisis will not end by this year and the gas shortage will stay for the upcoming winters for a few years till when Europe doesn’t sort out its energy supply. To sort out this shortage of energy supply many European countries have started their scramble in Africa.

In this context we will now take you to a LNG project in Africa’s Senegal. This project is only 80% complete and will only start delivering gas by the end of next year but the desperation of Poland and Germany for its gas is visible. The leaders from Germany and Poland have been to this place to secure supplies for next year.

European Leaders have flocked to nations like Mozambique, Tanzania, Uganda, Norway, Qatar, and Azerbaijan, particularly those in North Africa where Algeria has a pipeline connecting to both Italy and Spain. A month after Egypt negotiated a deal with the European Union and Israel to increase LNG supplies, Italy signed a $4 billion gas pact with Algeria in July. In addition, Angola and Italy have a gas agreement.

The largest energy company in Italy was able to begin production at two gas fields in Algeria this week due to a previous agreement but it is unclear when the flows would begin.

Even as they are discouraged from pursuing fossil fuels, African leaders like the President of Senegal, Macky Sall, want nations to profit from these projects.

But this scramble will fail as Europe’s gas or oil supply cannot be fulfilled with tankers but it can only be fulfilled with dedicated pipelines which Russia controls. A few pipelines from Algeria or any other nation are not sufficient and the Europe has no option other than reversing its gaseous sanctions.