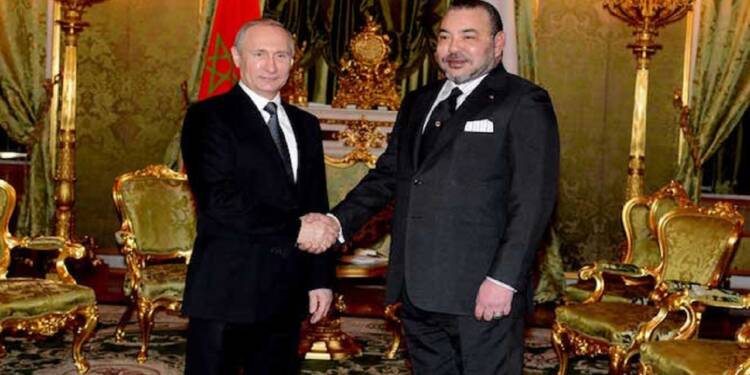 In present geopolitical paradigm, the importance of nuclear weapons has risen in the wake of constant aggression from the US and European Union. African countries too are desirous of acquiring nuclear weapons to secure their future and protect their interests. Leaders are realising that without nuclear weapons they cannot assert their voices.

Morocco’s nuclear deal with Russia is an important step in the pursuit of peace, security and stability for the North African nation. Its conflict with Algeria has embroiled it in a complex situation.

Morocco is one of those nations which despite having strong military, good diplomatic ties, superpower’s backing and advanced weapons are not an aggressor. Apparently, Morocco is trying to resolve the decades-long conflict over Western Sahara.

On the contrary, Algeria is an aggressor; its repeated attacks on Morocco have already defeated its cause. Most countries including the US and EU agree that Algeria needs to give up its claims on Western Sahara region, a territory on which it is spending huge amounts of money in order to fuel separatism. The separatist terror organisation Polisario Front, financed by Algeria, is working to hinder any attempt of reconciliation of the conflict; it is recruiting children as terrorists in the war, a move which shows its evilness and desperation.

Algeria’s active support for terrorism has resulted in widespread condemnation from many countries which have called on it to put an end to its efforts in creating instability and terror. However, Algeria continues to finance terror attacks to further its agenda on Western Sahara region.

Algeria is also using illegal migration as a weapon against Morocco. It is using it as a bargaining chip to further its agenda on Western Sahara region.

In such a situation when Morocco is facing a security threat from its neighbour which is leaving no stone unturned in disregarding its sovereignty and violating its territorial integrity, the nuclear deal with Russia is a very important step in the safety and security of the North African nation. Although Russia and Morocco stated that the nuclear agreement between them is for peaceful purposes, we all know that the real purpose of nukes in international affairs is for conflicts and warfare. Morocco realises that having nuclear weapons will help it in trying to assert its cause which is both legitimate and just.

Morocco has an obligation to protect the citizens in Western Sahara who are being oppressed and subjected to violence by the Polisario Front on the orders of Algeria. By becoming a nuclear power, Morocco will represent the voice of the people of Sahara on the international stage which has for long turned a blind eye when it comes to their human rights and freedom. This nuclear agreement with Russia is necessary for the future of Sahara’s citizens who have expressed their support to Morocco and its autonomy plan.

In today’s international politics, if a nation has nuclear weapons then its significance rises in the eyes of superpowers which normally don’t respect the sovereignty, territory and decisions of non-nuclear countries. History has shown that countries which do not have nuclear weapons were the victims of West’s domination which came in the form of regime change, invasion, sanctions etc. Non-nuclear nations are often manipulated and blackmailed by the West, the US always takes advantage of their vulnerability and internationally their voices are often ignored. Morocco is well aware of it.

This deal is a turning point for Morocco and for the people of Western Sahara region who have time and again rejected the call of self-determination of their land and have stated clearly that they want to be a part of Morocco.

With Russia’s blessing, Morocco will certainly become a nuclear armed state which will strengthen its position and further its cause. It will be a new chapter in Morocco’s future.

Despite media hype about Lula, Bolsonaro is winning Brazil

‘I don’t need to negotiate anymore,’ Putin declares as his men pound Ukraine