Russia’s partial mobilization amidst the war in Ukraine has turned out to be quite successful as more than 200,000 Russians have registered to fight against the Ukrainian forces on the battlefield. This has seemingly enraged the global media 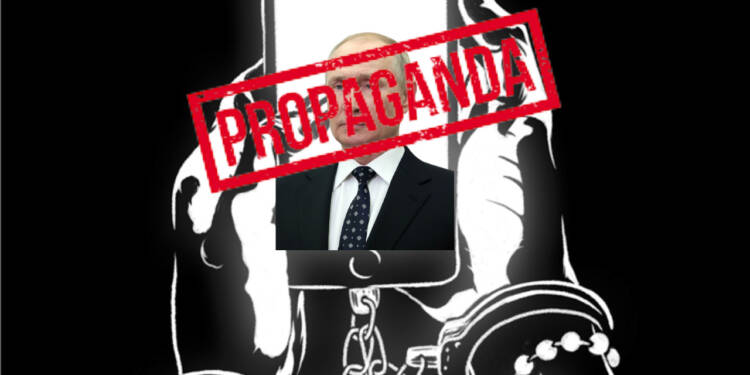 As the Media’s non-sensical narrative of Putin being sick or on deathbed and Russia losing 90K soldiers has failed, the media elites have now started running campaigns against every Russian. Yes, media organizations have legitimately called for unleashing wrath against Russians in their own countries and this unquestionably raises questions about the sanity of the media’s conduct.

Global media is now after every Russian living on foreign soil. According to a media report by Politico which raises questions on the intent of Russian civilians, the media organization has stressed that “Russian revanchism runs deeper than Putin”.

Citing Petr Pavel, who is currently running for the Czech Presidency and has served as NATO’s Military Committee chairman from 2015 to 2018, the media organization has stressed that ‘not every Russian leaving Russia is a friend.’ The language of this article is quite distressing and it explains how desperate the West-backed media organizations are to show Russia and its citizens in a bad light.

First off, the statements are written in such a manner that all of the statements made by the organization are passed to Petr Pavel. The columnist has stressed that Pavel shared with him that the West should be extremely cautious about welcoming Russians who are now trying to flee Putin’s mobilization order.

During a so-called interview with Politico, Pavel stressed, “Opposition to mobilization is not a revolt against the regime or any kind of support for Ukraine, these Russians still believe in punishing Ukraine, just not involving the general public.”

Furthermore, he stresses, “The young men trying to leave the country are worried about their own lives — that doesn’t mean they’re against the war. I’m sure that many of them will continue to support Putin’s nationalist policies.”

The next lines of his statements are the exact lines that raise the intent of this interview. Pavel said that “Men who wouldn’t support democratic regimes, who wouldn’t be grateful to the Czech Republic as a democratic country, who would stay within their nationalist positions. Wouldn’t this be a risk to our internal security?”

If one thinks that’s it and the media hasn’t done anything more striking to criticize Russians, you’re mistaken. Russian residents have been the target of Western and International media since Russia announced a partial mobilization in Ukraine.

Earlier, the media tried creating a narrative that Russians are absolutely against Putin’s roadmap in Ukraine. Media reports claimed that Putin was under fire from disgruntled Russians and that the demonstrations were taking place all around the Russian capital.

Then, media reports started to circulate that Putin spurred a mass exodus from Russia of young prospective soldiers and their families to neighboring countries.

Several Russians did leave Russia because they had a different priority, but, Russia’s partial mobilization has been a ‘hit’ as more than 200,000 Russians have already joined the army.

Global media has long-haul portrayed itself as a messiah of sorts to Ukraine. But, all of its big claims and assertions have been debunked over time. The media has tried whole-heartedly but failed completely in portraying Putin and the Russian army negatively. So now, they are creating an atmosphere of hostility toward Russians on their soil. The accusation made by Politico against Russians is a complete embarrassment and a stain on media ethics.