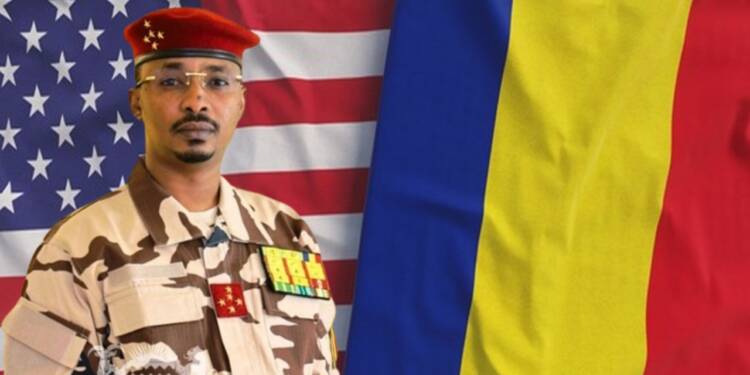 It is impossible to strive and thrive when you are an ally of the US and are surrounded by those who are the victims of its aggression and attacks. As long as you are with the US, your intentions will always be questioned. Your country and people will suffer.

The US backs Chad. When its current leader Mahamat Idriss Deby became the president last year following the death of his father, he immediately scrapped the constitution, dissolved the parliament and suspended elections. Deby pledged that Chad will transition into a democracy, civilian rule will be imposed after eighteen months and he won’t stand in the elections. However, he didn’t fulfil his promises. The US, which normally imposes sanctions on countries in such a situation of political crisis, like it did with Guinea and Mali, didn’t do anything against Chad.

Now, Chad is a nation in West Africa which is surrounded by countries that are backed by Russia. Countries like Sudan and Central African Republic abstained from voting against Russia during the UN resolution session, Cameroon’s government signed a military deal with Putin in April, Russian mercenary group Wagner has been invited by Niger to battle the Jihadist groups and in Libya the regime of Khalifa Haftar is receiving military equipment from Russia. The presence of Russian-backed countries around Chad will become a problem for it.

If the government of Chad wants to better the lives of its people then it first needs to bring peace in the country which is ravaged by various rebel and Jihadist. The government needs to have a strong military and weapons which can be brought if the economy is doing great. But Chad’s economy will never develop if it continues to be with Biden. Chad is making a blunder by being a puppet of the US.

Also Read: The greasy reason why US shares bed with Chad’s military junta but despises Mali and Guinea

Countries like DRC, Ethiopia and Central African Republic will never do business with US-backed Chad because they know that the funds generated from the trade will be used by Biden to fuel terrorism and insurgency in their countries through groups like TPLF and M23. A landlocked country like Chad which has gold, uranium, bauxite, titanium etc will not be able to transport its resources and goods through the borders of countries like Sudan, Niger, Central African Republic and Cameroon.

As Chad will not be able to do business with any nation in the region, its economy will suffer. If its economy suffers, its people will suffer. There will be a severe shortage of basic commodities, food insecurity, lack of funds and civilian unrest.

If Chad wants to prevent all this from happening then it must cut all ties with Biden and switch its loyalty to Russia. Having good relations with Russia will have many benefits for Chad, it can use its oil, gas and gold reserves to become self-sufficient strengthen its military and develop its agriculture. Unlike the US, Russia will respect Chad’s sovereignty, territorial integrity and decisions. Chad’s neighbours like Sudan, Niger, and Cameroon will open their markets to Chad. Hence, there will be political and economic stability in Chad.

Also Read: Guinea is still untouchable for the West, but Chad is their blue-eyed boy

Chad seriously needs to think about its loyalty. Chad must realize that this is the same US which invaded Iraq for oil, perpetrated terror on the people of Afghanistan by creating Taliban, destroyed the lives of civilians in Vietnam and created political crisis in Libya. If the US didn’t think twice before violating the sovereignty and territorial integrity of Iraq, Afghanistan, Libya and Vietnam, then why would it for Chad?

If Chad wants a better and safer future for itself and its people, then it needs to think about whom to trust. Its loyalty will determine where it stands. Being an ally of the US will only bring misery and destruction, unlike Russia, whose support will change its future forever.

By securing Russia’s interests in Armenia, France is killing two birds with a single stone

Putin preps a nuclear strike on Europe, but it won’t involve weapons