Putin preps a nuclear strike on Europe, but it won’t involve weapons 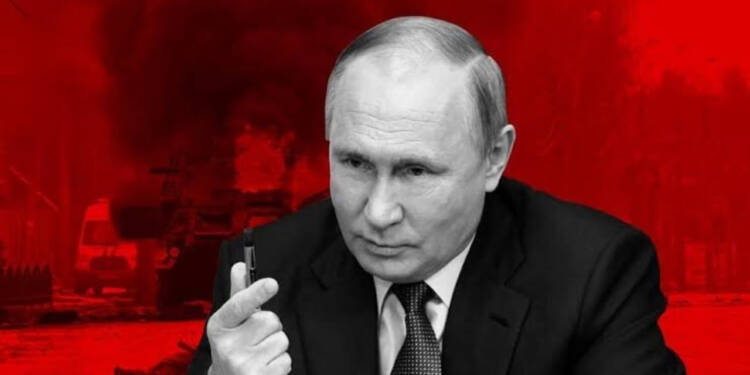 Over the last few months, the European Union is scrambling for energy because it sanctioned one of its former biggest allies, Russia. Europe has made it strikingly clear that it is weaning itself off Russian fossil fuels and now all the cloud nine relations between Russia and Europe are over. However, every coin has two sides. Brussels may portray itself as a staunch opponent to Russian energy, but there is still an energy sector of Russia that remains untouched. EU is moving outside the lines in its sanction game and this might push the EU into another dependency crisis.

Amid the Ukraine war, Brussels has consistently castigated Russian President Vladimir Putin for using energy as a weapon to drive up commodity prices and sow uncertainty across the 27-nation bloc. However, Russia’s nuclear energy supplies remain untouched by European Union. According to a media report by CNBC, despite eight rounds of sanctions by the European Union on Russia, Russian nuclear fuel industry remains conspicuously untouched by the sanctions.

Even in its latest round of sanctions, the European Commission did not propose targeting the trade of Russian nuclear fuel. This means, that the shipments of nuclear fuel to EU member states will continue to make their way from Russia. The EU’s executive arm has previously targeted Russian oil, gas, and coal as part of a broader strategy to pressurize the Kremlin economically. However, the EU is quite welcoming when it comes to dealing with Russia in the nuclear energy industry.

The reason behind this is very obvious, dependence. It’s not like an import ban on uranium or other sanctions on the Russian nuclear energy sector has never been discussed in the EU’s inner circles, yet, the EU falls short of imposing sanctions because it fears, the repercussion would be graver than imposing embargos on oil and energy. According to several anonymous EU diplomats, “The European Commission never proposed it because the impact would be stronger for some Eastern member states, that are heavily dependent on Russian infrastructure and technologies, than for Russia itself,”

Reportedly, EU nations paid over €210 million for the import of raw uranium from Russia in 2021 and another €245 million from Kazakhstan, where the majority of uranium mining is under the hands of the Russian state-owned business Rosatom. Furthermore, according to EU’s own estimates, nuclear power generates over a quarter of the electricity used in the EU as a whole, with shares above 40% in Slovakia, Hungary and Bulgaria and exceeding 70% in France.

The stakes are quite high!

Eastern and central Europe have the largest level of reliance on Russian nuclear fuel. There are 18 nuclear power reactors in this region which were constructed by Russia and still utilize fuel components from Rosatom. So, undoubtedly, banning Nuclear fuel imports would be a nightmare for EU member states as it could worsen the already looming energy crisis. However, the EU needs to diversify its reliance on nuclear fuels, or else, history might repeat itself.

The Euratom Supply Agency (ESA), has cautioned that Russia may soon “weaponize” nuclear energy in the same way that it has done with fossil fuels. The ESA in its official statement has stressed: “So far, nuclear fuel and services have been exempted from sanctions but the situation could evolve. There is a need for diversification”

Albert Einstein had once noted that “no mouse would ever construct a mousetrap.”. Sadly, that’s not the case with the EU. Brussel’s schtum on nuclear energy imports might spurt troubles for the EU in the near future as Putin may choke nuclear exports in the future. If that happens, the EU would literally have no other option rather than kneeling before Moscow. Time is running thin, Brussels.

Fixed Deposit vs Savings Account: Where should one choose to invest