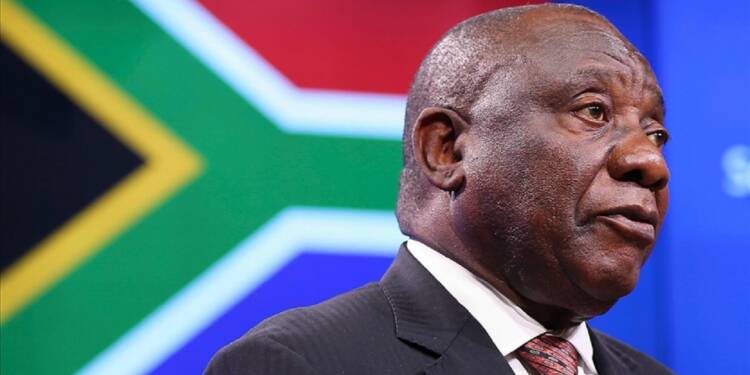 If, the money which is meant for the betterment of the citizens in a country is being used by a few people then that will certainly lead to a road of never-ending disasters. Corruption is a disease which can block the progress and growth of a nation and push its people in miserable condition. If the very people whose job is to enforce the law against corruption are themselves practicing it, then that will lead to a situation where there will be no transparency and complete lawlessness will prevail. Corruption is a path to decay.

We at TFI Global have already shed some light on the institutionalisation of corruption in South Africa. Cyril Ramaphosa came to power four years ago in 2018 following the resignation of Jacob Zuma due to a corruption scandal. During his campaign, Ramaphosa sold himself as a leader who is going to weed out the deep-rooted corruption in South Africa. However, today Ramaphosa is himself under scrutiny and is facing rising calls of resignation from people due to his “farmgate scandal”.

Ramaphosa, who is accused of covering-up a robbery at his farmhouse which uncovered foreign currency being concealed in the furniture, dashed the hopes of South Africans who thought he was going to bring reforms in their country. After his farmgate scandal, Ramaphosa is once again in the news. This time he has amended the rules of the Ministerial Handbook to provide free electricity and water to his ministers who draw a salary of R 2.4 million, at a time when people in South Africa are struggling with skyrocketing prices of electricity, water, fuel and power cuts.

The opposition political party Democratic Alliance uncovered how Cyril Ramaphosa, who built his image as a leader against wasteful and corrupt spending, is secretly amending the rules of code of conduct in South Africa to embezzle taxpayer’s funds.

Cyril Ramaphosa is another corrupt leader who does not care about the state of South Africans, he has no interest whatsoever in trying to improve the lives of his people. As long as Ramaphosa is not held accountable for his actions, he will continue getting away with stealing hard-money from South Africans who are struggling with record inflation, food insecurity, unemployment and poverty.

Also Read: Cyril Ramaphosa is a freaking disgrace but, South African politics is a stinking gutter too

For a country to progress and develop, a leader with good intentions, clear record and conscience is necessary, which is lacking in South Africa. Ramaphosa’s refusal to inform the public and Parliament about his plans and acts of changing the rules to benefit himself and his friends has created a system where just a few people are using most of the country’s resources. This will culminate in the complete destruction of the economic and financial condition of South Africa. His ulterior plans will certainly lead South Africa towards a path of destruction.

Throughout the majority of the past 350 years, corruption has been a fixture in South African political life. Corruption has now permeated every aspect of life. South Africa needs to do something about corruption. Unfortunately, when the judiciary of South Africa had a chance to set a precedent with Jacob Zuma, he was handed down such a lenient sentence by the Supreme Court. The verdict sent a message to other politicians that even if you get caught doing corruption, nothing drastic will happen to you.

Nonetheless, there is still time to go after corrupt leaders like Ramaphosa in South Africa and save the nation from falling into a vicious cycle of political, economic and financial disasters. Eventually, the fate of Ramaphosa is in the hands of people of South Africa, who like Zuma will also face justice one day.

Forget US-Russia, a cold Cold-war is underway between France and the US