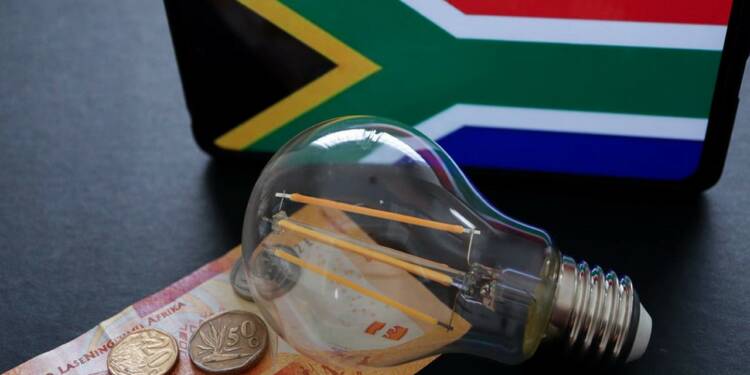 South Africa has battled a prolonged electricity crisis. 2022 has seen more power cuts than any other year. The gravity of the situation can be gauged from the fact that power cuts have persisted in the country since 2007. The situation in the most industrialised country in Africa has worsened with its people having to face 6-hour long power cuts every day. Recently, with no end in sight to the constant load shedding which is only expected to worsen, South Africa’s primary electricty supplier CEO of Eskom André de Ruyter had to resign amid severe criticism. So what led to this collapse of South Africa’s power infrastructure?

In the wake of the Ukraine-Russia war there is an increased urgency for the green transition in Europe. However, this is easier said than done. The green transition is an enormous task that will take decades to complete. The EU’s economy is highly dependent on fossil fuels. Most of this fossil fuel is imported. Further, the EU accounts for 8 percent of global fossil fuel demand, it accounts for only 0.5 percent of global oil production and 1 percent of global gas production. The Ukraine war has exposed its energy dependency on Russia. The EU has traditionally depended on Russia for 40% of its gas needs and during the first 100 days of the Ukraine war, the EU took 61% of Russia’s fossil fuel exports.

The West’s desperation to transition into green energy suits its geopolitical interests as it wants to reduce dependence on Russia. Now it is well-known that the West is looking to Africa to support its agenda. However, is this green energy mission equally beneficial for all African countries?

CEO of Eskom Andre de Ruyter, the boss of state-owned Eskom, had faced severe criticism and calls for resignation intensified because of Eskom’s increasing performance failures and for the derelict state of the country’s electricity infrastructure. Eskom is struggling and the major reason behind its inability to meet electricity demands is it’s old and poorly maintained coal-fired power stations which continually break down.

South Africa once used to generate surplus electricity, that was even sold to neighbouring countries. However, the nationwide power cuts have escalated to stage 6 which equates to six hours without electricity per day. What went wrong? Is it South Africa’s mindless push for renewable energy?

Recently, Vuslat Bayoglu, managing director of mining investment company Menar, said that CEO of Eskom De Ruyter failed to fix load shedding at Eskom because he concentrated too much on renewable energy and not enough on coal-fired generation. He further said that his departure is “not a question of personality”, but the problem was that CEO of Eskom De Ruyter listened to advisers who told him that solar and wind power were the way forward.  “If he knew that generation of businesses, he wouldn’t have done that. He didn’t fix the coal-fired power stations.”

South Africa gets more than 80% of its electricity from coal. Eskom operates a fleet of 15 coal-fired power stations and most of the coal stations are down for emergency repairs. South Africa’s energy woes are also due to these ageing coal-fired power plants operated by the national electric utility, Eskom.

However, it seems that the Eskom rather than fixing the coal-fired stations, focused more on “green energy future”, whereas the coal power stations were abandoned and shut down and were transformed into wind and solar energy production site. Eskom blindly following West’s footsteps planned to close its coal-fired power plants and reduce coal-fired power capacity. It was a major blow to Eskom’s power generating capacity.

Moreover, after a decade of corruption and mismanagement under Jacob Zuma, Eskom struggled to meet demands. Compared to 2020, load-shedding increased by 37% in 2021, a figure that had been increasing since 2018. The energy shortage also badly hit the economy. But South Africa only looked for funds needed for shifting towards renewable energy, as it needed to spend $250 billion over the next 30 years to close down its coal-fired power plants and transition to green energy, as per a report.

Transition to green energy doesn’t happen overnight. It will take years before the benefits of switching to renewable energy can be reaped. Moreover, it needs billions of dollars of funds to achieve renewable energy targets which South Africa lacked. Thus, without fixing the coal power stations first and shutting them down altogether in its rush for green energy future only proved to be disastrous for the country. Today, its consequences are for all to see and South Africa only has itself to blame.