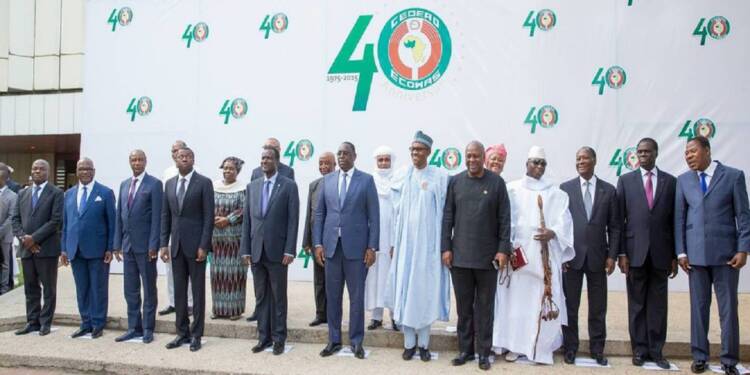 The Economic Community of West African States (ECOWAS), is an African organisation which seeks to promote economic cooperation, trade and self-sufficiency. Founded in 1975, it has fifteen member states which include Guinea, Benin, Ghana, Liberia, Mali etc. It seeks to promote free movement of people, goods and capital between the member countries. The regional bloc has four areas of interest such namely immigration, industry, transportation and cultural affairs.

ECOWAS imposed sanctions on Guinea and Mali. In Guinea, last year there was a military coup led by Colonel Mamady Doumbouya, a senior officer in the military, which ousted the former president Alpha Conde. Conde was an authoritarian leader, who amended the constitution and was facing widespread public anger due to his authoritarian rule.

Following the overthrow of Conde’s government, Doumbouya became the president, established a transitional government and stated that Guinea will return to civilian democracy after thirty-six months. The ECOWAS unanimously objected to the time period proposed by Doumbouya and imposed sanctions on Guinea, without giving it an opportunity to present its case.

Similarly, in Mali too ECOWAS imposed sanctions in the wake of a military coup led by Colonel Assimi Goita who toppled the government of President Ibrahim Boubacar. Like Alpha Conde, Mali’s president Boubacar was also facing massive public protests due to corruption and autocracy. His transitional junta too met the same fate as that of Mali’s.

Chad’s political situation is also identical. The current leader Mahamat Idriss Dbey, who became president after the death of his father also established a transitional government and pledged that Chad will return to a democracy after eighteen months. He also pledged to stay away from the elections so as to preserve is sanctity. However, with time he took a u-turn on all his hollow promises, decided to contest elections. This brutal attack on democracy however, did not irk the west. Unlike Guinea and Mali, ECOWAS didn’t impose any sanctions on Chad.

ECOWAS is a US-funded organisation which is working on the command of Biden and his allies. Most of the member states in the regional bloc voted in favour of Ukraine during the UN vote on resolution condemning Russia.

Unlike other members in ECOWAS, Guinea and Mali didn’t vote in favour of Ukraine at the UN. Guinea’s president Doumbouya has good ties with Russia and is a significant economic partner of Putin. Mali too has good relations with Russia. It recently received a delivery of fighter planes, helicopters, weapons and ammunition from Russia. And just this month, Malian leader Assimi Goita had a telephone conversation with Vladimir Putin. Following the meeting, Goita tweeted, “I had a rich telephone conversation with H.E. Vladimir Putin. We discussed ways and means to strengthen bilateral cooperation, especially economic and security.” ECOWAS’s deeds and actions show that it only targets those countries which are not on the side of the US.

Also Read: Guinea and Mali take the ECOWAS by its devilish horns

As Guinea and Mali refused to follow the command of the US and wanted to take decisions on their own, the West got agitated. So it decided to teach them a lesson by instructing its puppet ECOWAS to impose sanctions on the two countries. Anytime a resource-rich nation in Africa and Asia dares to think on its own, the West gets alarmed because a subservient Africa will always be beneficial to the West. The US and Europe know that once a country comes out of their dominance, their organised plundering of its resources and wealth will end. ECOWAS, which was created for the economic integration of West Africa, has no interest in the development of the economies of its member states. It is only working to destroy the economies of those countries which dare to disobey the command of their master, the west and dare to move towards self-sufficiency, even if it means to side with countries that are disliked by USA.

If ECOWAS was really worried about democratic processes not being upheld in Guinea, Mali and Chad, then it would have imposed sanctions on all three nations. But it didn’t put any sanctions on Chad because it is an ally of the West and unlike Mali and Guinea, it voted in favour of Ukraine. Chad is rich in resources in gold, uranium, oil, gas etc, which Biden and his allies are trying to establish their control upon. So, the rules of democracy created by the West are not applicable to Chad.

Hence, ECOWAS has allowed itself to be used as a political weapon by Biden and his allies and is carrying his agenda forward in Africa. The bloc’s attempts to isolate certain African nations defies all principles of natural justice which the US and Europe preach about. The very purpose of its creation is being defeated as it continues to dance according to the whims and fancies of its western masters.