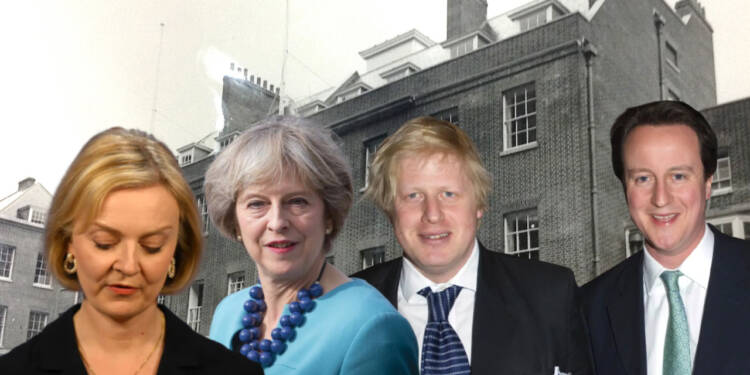 PM Lizz Truss is about to resign from her PM post, leaving a lot of uncertainty when it comes to fate of taking over 10 Downing Street? Lot of economic turmoil has come in during her tenure which includes – heavy inflation and tax issues which were her creation under the recently passed mini budget. This departure has led to her becoming Britain’s shortest Prime Minister.

Outgoing PM Truss has left the Tory party ashamed about the functioning and her initiatives taken during the tenure where markets crashed, mortgages skyrocketed and looking at this,  many of her supporters and law makers also left due to difference of opinion and diverging mindsets. This is the first time that an early general election is being announced since the Brexit referendum of 2016. Other competitors who are contesting are Rishi Sunak, Suella Braverman, Boris Johnson and Penny Mordaunt. Britain’s most successful party seems to be on a sinking ship after developments of the Brexit and Covid-19 pandemic and an impulsive. Trust is getting lost about the conservatives and no one wants crisis after crisis.

The conservatives have also not been seen in good light because of their evident internal divisions and poor management whose consequence was also the Brexit.

According to an Economist survey, Rishi Sunak could be leading and also Boris Johnson could make a comeback plus he still remains unpopular among Conservatives where his chances are less because of the recent scandal he got into, creating parliamentary deadlocks for Brexit and violating Covid-19 norms through violating social distance norms.

The new leader needs to fill the gaps created by PM Truss through providing a clear direction in ensuring proper wages, preventing a future recession. According to a Wall Street Journal Report, PM Truss may have left a revenue shortfall of 70 billion pounds and concerns was the working in  cross purposes with the Bank of England and the central bank providing measures to cool inflation.

The public at the moment, seems to have a say to decide who’s suitable or not where even consideration is being given to the Labour party. As far as Truss’s successor is concerned ,there is a need to mend ties with EU by leaving the Brexit past behind, introduce reforms to tackle inflation , have a clear foreign policy agenda to ensure security and stability in the region.