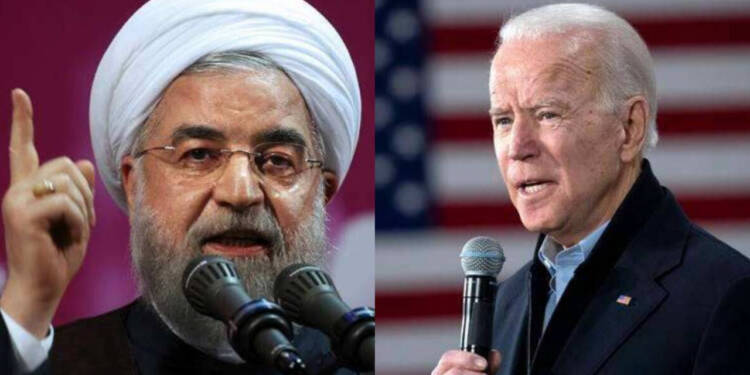 Since Biden took office, his Iran policy has centered around reviving the 2015 nuclear agreement, which curtailed Iran’s nuclear program in exchange for lifting sanctions. The nuclear deal with Iran was pulled out by Trump, claiming it was inefficient in making any difference. The turn towards Iran started after the Obama administration struck the JCPOA deal with Tehran. The plan was to control Iran’s oil reserves which account for about 9.5% of the world’s total oil reserves, ranking 4th in the world.

However, the deal didn’t work out the way US wanted. It threatened US’ relations with Saudi Arabia which saw the JCPOA deal as a threat to the status quo. Not only that, the deal endangered both its influence in the area and personal security. But the Biden administration continued to neglect Riyadh’s concerns and continued its policy to woo Tehran. In February, Biden reinstated sanctions exemptions for Iran to permit international nuclear cooperation initiatives.

Then in June, an American report said that Biden planned to delist the IRGC from the foreign terrorist organization list and also lift the sanctions from it. Biden’s European counterparts also tried to reinstate the nuclear deal as Tehran’s prized position as an alternative to Russian energy has risen. But, Iran didn’t cave in and knew that the JCPOA deal can be used as a bargaining tool against the USA and the western world.

Iran also started challenging US’ status quo in Atlantic Ocean. Reports emerged in May, 2021 that Iran was dispatching two naval vessels to the Western hemisphere, and an Iranian official confirmed the destination as Venezuela. The vessels sailed into the Atlantic Ocean. The commander of Iranian army’s navy, Hossein Khanzadi, has said that the presence of its vessels in the Atlantic Ocean“is a response to US claims that Iran would never be able to have a presence in the Atlantic.” Reportedly, the Biden administration told Venezuela and Cuba not to allow the ships, to dock at their ports.

Actually, Iran, rather than allying with the US has strengthened its relations with Moscow. It has supplied Kamikaze drones to help it against Ukraine. Moreover, Kyiv has claimed that Russia introduced Iranian drones and used them extensively for the first time since the onset of the conflict in late February.

The Iranian Kamikaze drones, also known as ‘suicide drones’ have created new dangers and inflicted serious damage to the Ukrainian Armed Forces, the Wall Street Journal (WSJ) reported. Not only arms, but oil and gas have also been points of agreement between the two nations. The friendship isn’t recent, Russia and Iran’s friendship has been growing for a while. In order to keep the Syrian President Bashar Assad, a longstanding friend of Tehran, in power, Russian President Vladimir Putin sent his air force to Syria in 2015. Military cooperation between Russia and Iran was preserved, with Russian warplanes covering Iranian militiamen and Iranian proxies engaged in battle on the ground.

Syria served as a demonstration of both parties’ attempts to damage American influence and reputation globally, and Ukraine offers a comparable chance on a bigger and more obvious scale.

Also Read: One mistake of Ukraine will make Iran the energy king of Europe

The US now has resorted to blackmailing Tehran. According to a statement from the White House on Thursday, Iran is “directly engaged on the ground” in Crimea, aiding Russian drone assaults against the country’s infrastructure and civilian population. According to John Kirby, spokesperson for the National Security Council, Iran has also dispatched its personnel to Crimea to assist Russian forces on how to use the drones.

Biden administration has realised that Iran’s nuclear deal is a pipe dream. Its only chance is to pressurize Tehran in the international arena. Washington has also fuelled Iran’s protests to aim for a regime change in Tehran.

It’s hysterical; from going all way out to woo Tehran and angering Washington’s longstanding allies like Saudi Arabia and UAE, to blackmailing Tehran, Biden’s foreign policy has turned out to be a good source of wit in the foreign policy arena.

With Bill C-18, Trudeau government is set to pump more funds into its pet media