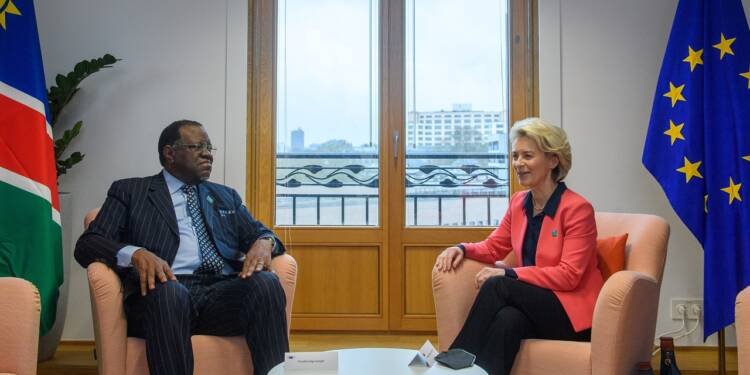 Africa is rich in resources. The presence of gold, platinum, copper, bauxite, oil, gas, etc makes it one of the most economically and financially significant regions in the world. For years, the US and Europe have been keeping an eye on the wealth of Africa. Currently, following the Russia-Ukraine war and the resulting sanctions on Putin which cut the supply of oil and gas to the West, Biden and his allies are making numerous attempts to get their hands on Africa’s resources.

African nations must use their resources and wealth in attaining the ambitions of their people, increasing their GDP and growing their economy. Leaders like the President of Senegal, Macky Sall, want nations to profit from these projects. Now is the time gallop upon the path to development.

It is necessary that African countries will have to enter into partnerships and agreements with other countries to benefit from their oil, gold, gas etc reserves. However, they have to be cautious when they are doing business with other nations. Africa’s leaders need to ensure that they must not compromise their nation’s territorial integrity, political stability and rights of the citizens.

In the quest to grow their economies, there are times when some African states established economic relations with countries which have no regard for the rule of law, constitution and sovereignty. These countries’ attempts to achieve their economic aspirations led to a complete disaster which culminated in the establishment of dominance of a powerful country over their resources. Such mistakes must be avoided.

Now, we at TFI Global wrote that Namibia is entering into infrastructure and energy agreements with three countries and explained why it needs to be vigilant in its partnership with them. Namibia signed an oil deal with Qatar, as per which a Doha-based company called Qatar Energy is going to develop two oil wells discovered off the coast of Namibia. The joint venture project between Namibia and Qatar is certainly going to boost Namibia’s economy and will help it in becoming a self-sufficient country.

Also Read: Namibia should ensure that its own interests are not trampled upon by the 3 major partners it just aligned with

However, the country with which Namibia signed this oil deal is dangerous. Qatar is infamous all over the world for backing and funding terrorism. As terrorism is prevalent in Africa, Qatar can easily pay a Jihadist group in any country and instruct it to create security crisis so that it can gain control over its resources. Similarly, Qatar can also pay any corrupt and authoritarian leader in Africa to get its hands on a country’s wealth. Similarly, the French company TotalEnergies is investing in Namibia’s oil sector. The African nation has high hopes for its oil projects which will facilitate in boosting the GDP.

However, we have seen how France’s involvement in Africa has been a complete disaster. The colonial history of the French in Africa is not one wants to remember. Coming back to modern times, France deployed its military in Mali in 2013 to get rid of the terrorist groups destroying the Sahel region which comprises of Niger, Burkina Faso etc. Instead, Sahel saw a rise in Jihadist violence and it all culminated with France abandoning Mali by withdrawing its troops. And just this week, Mali’s foreign minister accused France of violating his country’s sovereignty and integrity. There are several reports which claim that the French forces were hand in glove with the terrorists in Sahel.

Now, a Switzerland-based company called Terminal Investment Limited is also doing business with Namibia. When it comes to Switzerland, the country is infamous for being a tax haven for money launderers and fraudsters trying to evade the law. Here, Namibia is doing business with a country whose banks deposit the illegal wealth of businessmen from all over the world. Namibia must reconsider its decision of doing trade with Switzerland.

Even more recently, Namibia has agreed on a deal with the European Union, it involves selling of its rare earth minerals which are important to the renewable energy sector. Namibia has resources like dysprosium and terbium which are used in permanent magnets in batteries of electric vehicles and wind turbines. Western leaders’ attempts to destroy Russia’s economy backfired with the European Union seeing skyrocketing inflation and shortage of goods. Europe has been scrambling for Africa’s resources in the wake of its blunder of cutting off Russian imports.

Europe was a coloniser of Africa, for centuries it plundered Africa’s resources. It is a devil incarnate, which will practice its neo-colonialism through this deal with Namibia. Currently, Europe is in a helpless position and is desperate to get any help it can get.

Once Europe is able to settle in Namibia, which is rich in diamond, copper, uranium, it will actively try to establish its control over its resources by funding a terrorist group like the US which is using TPLF to further its agenda of establishing Biden’s control over Horn of Africa region. Europe is hoping to find a gateway to Namibia’s wealth through this deal.  European countries are infamous for interfering in the matters of other countries. When resource-rich countries in Africa and Asia defy the dominance of the US and Europe and assert their sovereignty, then the West takes vengeance from these nations by imposing sanctions in the name of human rights and democracy like they did with Guinea and Mali.

Therefore, Namibia needs to rethink this deal with the EU. Its democracy, constitution, rule of law, citizens and security must be taken into account before going ahead with this plan.

France goes all out against Germany for siding with US