Canada can no longer produce defence equipment without China’s approval 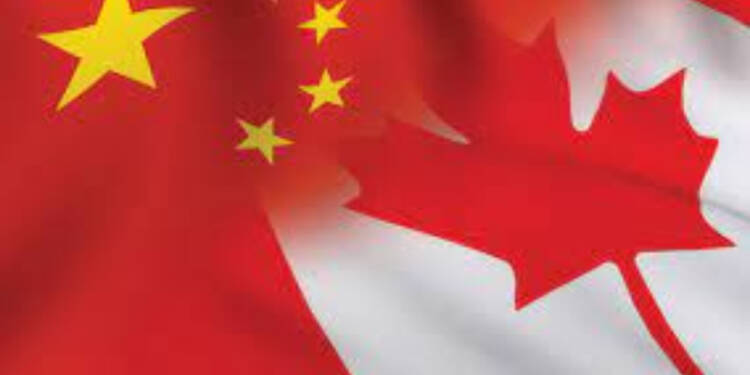 China continued to expand its roots in Canadian soil but Trudeau couldn’t care enough. From setting up secret Chinese police forces in the country to heavily investing in Canadian industries, China is now nearly dominating Canadian land. The Canadian PM has been complying with the Chinese authorities for so long. But, where did it lead the country? It made Canada a puppet in China’s hands. China’s dominance in the country is Trudeau’s making and what raises concern is the fact that it can’t be undone now.

In a wide range of sectors, Canada has been an attractive and important investment destination for Chinese companies. China has been funnelling its money into Canadian companies, especially the Canadian critical-minerals industry. Although the federal government of Canada faced harsh criticism for allowing such hefty Chinese investments into domestic resource firms, it still didn’t take any tough stance against the move.

Perhaps, now the feds have realised they have been too liberal with the Chinese investments. So, in a bid for a course correction, the government is strengthening the laws to make it significantly more difficult for foreign state-owned firms to participate in Canadian critical-minerals companies.

The Canadian government said in a release that starting immediately, transactions involving investments by state-owned corporations into Canadian critical-minerals companies will only be permitted on an “exceptional basis.”

The regulations will cover all aspects of the resource industry, from research and development to mining and refining, and not simply outright takeovers of Canadian businesses. This includes investments of any size, including smaller non-controlling shares.

In the past, the language governing the approval procedure was less strict, and the regulations mostly addressed outright takeovers. Ottawa last revised the regulations in March 2021, at which point it stated that state-owned entities will be subject to “increased scrutiny” when buying Canadian businesses. The government also declared that it will begin investigating if such transactions endanger Canada’s ability to supply essential minerals.

“It is a significant change,” said Wesley Wark, a senior fellow at the Centre for International Governance Innovation, and an attempt by Ottawa “to fend off further Chinese global control over the critical-minerals supply chain.”

Ottawa was entitled to the power to prevent Chinese investments in Canadian critical-minerals assets if it believes that doing so poses a threat to national security, but doing the right thing at the right time is not much Trudeau’s thing.

Only after realising China’s stronghold in the rare-earth sector, Canada is now trying to curb the investments but isn’t it too late? Harsh truth but Canada must face it. Today Canada can’t produce essential equipment including defence equipment without China’s approval.

China always eyed the dream of dominating the rare-earth sector because critical minerals hold a lot of significance when it comes to the development of weapons. The ‘rare-earth’ metals hold the tendency to fuel our future and not to mention fuel a war as well. They are the secret ingredients to almost every defence weapon.

And, so China used Canada as one of its puppets which certainly enjoys dancing to China’s tunes. And, where has it led Canada? We might not be wrong to state that Canada jeopardised its own defence system. Canada can no longer produce defence equipment without the consent of its master now.

Trudeau has now realised what Canada has lost and what it may lose if China continues to pour in more money to the domestic firms but it’s way too late now.