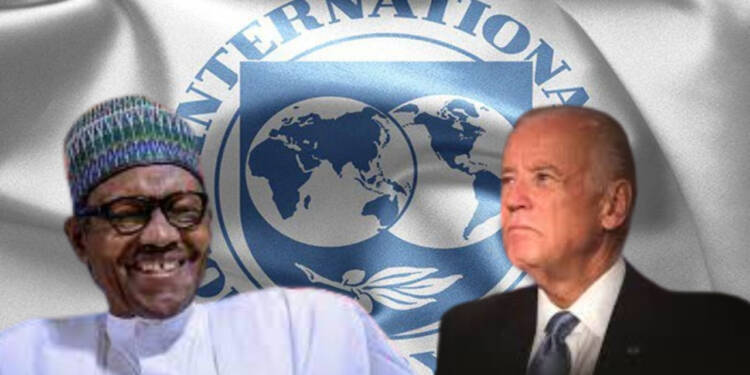 IMF growl at Nigeria: Instability and corruption, these two phenomena enable the US to make inroads into a nation. It can be seen in the instance of Iran where the US made inroads by saying the reformative President was a dictator and threw him away to install a puppet government. The same is the case of Saddam Hussain of Iraq and Muammar Gaddafi of Libya, the US has always used instability and/or corruption for intervening in these nations. The same phenomenon is occurring in Nigeria where the US has deployed its puppet organization International Monetary fund to achieve its illicit goals.

Nigeria is all set to flush out black money

To combat surplus cash, inflation, and crime, the Central Bank of Nigeria (CBN) intends to replace the naira. Nigerians will have till the end of January to swap their old currency notes before they are no longer considered legal tender. This is despite the fact that the new currency may start to circulate as early as mid-December.

Nigeria will change the appearance of its currency for the first time in 20 years at this time.

According to CBN governor Godwin Emefiele, new notes in the denominations of 200, 500, and 1,000 nairas would be redesigned and printed by the bank.

The move is a part of the government’s efforts to stop the decline of the national currency, which has lost more than 35% of its value in the previous year. The CBN said that the action will aid in combating the problem of fake currency and in the recall of sizable sums of money that are not under its direct control.

Additionally, it will restrict the flow of money that terrorists and kidnappers utilise as ransom. These kidnap-for-ransom groups frequently request substantial sums, which are typically paid to them in cash.

Harm to US’ interests

Now this time Washington has deployed IMF which is majorly funded by the US to stop Nigeria from introducing reforms in its economy.

Nigeria has been warned by the IMF to proceed cautiously with its plan to replace higher denominations of the naira and steer clear of any blunders that would erode trust in the financial system.

The central bank has been contacted by the International Monetary Fund to learn more about the Wednesday-announced plan.

President Muhammadu Buhari clarified that he supported the CBN’s decision to redesign the banknotes, adding he was sure the country will benefit immensely from this move.

He asserted:” People with illicit money buried under the soil will have a challenge with this but workers, businesses with legitimate incomes will face no difficulties at all.”

The CBN also urged Nigerians to support the currency redesign initiative, stressing that doing so is in everyone’s best interests and the interests of the country’s economy as a whole.

The proposed redesign of the currency, according to the central bank, was approved by President Muhammadu Buhari, and the new banknotes will start to circulate on December 15, 2022.

But it is time that Nigeria has already realized what the US is up to in its territory and it is now not going to get entrapped into US’ charm offensives. It is also evident from the recent decisions of Nigeria to reform its oil industry to stop the oil theft currently done by the West. A rattled US can now only growl and not bite as the African nations are aware of its sugarcoated policies.