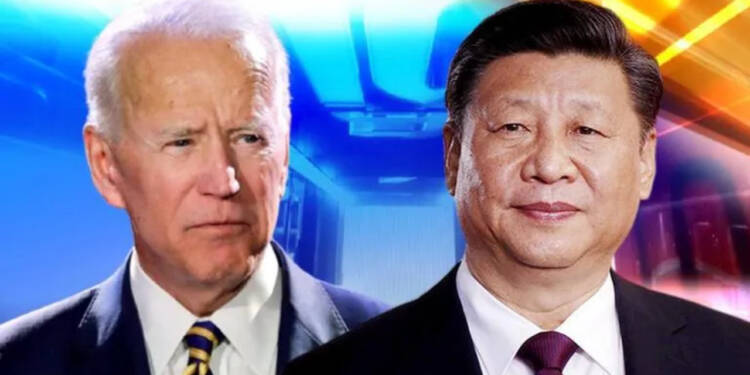 US midterm elections: The midterm elections are now just a week away and it appears that the Democrats already have an idea of what’s in store for them. A dozen panicked top Democratic strategists and party leaders acknowledged that the party has largely failed to woo voters in the aftermath of the Ukraine war.

Believe it or not, the world has been blessed with mayhem and turmoil ever since Joe Biden stormed into the White House. First, the Afghanistan crisis made the US look stupid, and now Biden is legitimately prolonging the Ukraine war, which is a huge political no-no in the US. Americans are unwilling to re-elect the democrat congress members as a result of Biden’s foreign policy over the past two years, which has single-handedly ashamed the Americans.

However, it’s not over until it’s over. Joe Biden is now taking out his last card to woo the disgruntled American voters for the midterm elections and it looks like a new nefarious attempt is already underway by the Biden Administration.

In a very unexpected turn of events, US President Joe Biden has started to show that he looks to lock horns with China by reviving the relations with the QUAD members. According to Eurasian times, the US Air Force is reportedly planning to deploy six nuclear-capable B-52 Stratofortress bombers to northern Australia as part of the country’s efforts to bolster security ties amid rising concerns about China’s invasion of Taiwan.

Reportedly, the US is planning to build facilities at the Tindal air base in Australia’s Northern Territory to host the nuclear-capable bombers.

The Tindal air base plan, estimated to cost up to $100 million, is said to be a part of a far more thorough upgrading of defensive assets throughout northern Australia, including the Pine Gap spy facility which would be finished by 2026. The estimated completion date of the facilities is not yet known. The US government has however emphasized that it has chalked out plans for more “squadron operations centers” that will include a maintenance facility and parking places for six aircraft.

Furthermore, the US has again started to re-engage with other QUAD nations too. Reportedly, Indian and US militaries are also poised to conduct a battalion-level “Yudh Abhyas” exercise between 15th November 2022 to 2nd December 2022 in a bid to thwart China in case of military aggression.

All in all, China has again become an apple of discord for the United States which has been a rare sight under Joe Biden’s administration.

Former US President Donald Trump had convinced American voters that China is a major threat to the United States and the world, and his approach of choking Chinese expansion was applauded by all. However, Joe has never been a China hawk he has a puppy love for Xi Jinping. In March 2022, Biden announced that his administration will reinstate tariff exemptions for 352 Chinese products, which were first hit with punitive tariffs during the Trump era.

Later on, it was revealed that around one million barrels of oil were delivered to a Chinese energy company with which President Joe Biden’s son, Hunter Biden was in association till 2015. There have been countless examples where it has been proven that Biden is backtracking some of the US’ most important measures to tackle China, as Beijing was never on Biden’s or even Democrats’ agenda.

But now, as things have come to a pretty pass for Democrats, Biden has started a new camouflage that his agenda is China.

Democrats’ foreign policy over the last eight months has become a major hurdle for Democrat lawmakers to succeed in congress. Americans, except for ultra-woke have started to despise the Biden administration like never before. Uncle Joe’s sheer ignorance of domestic issues has forced Democrats’ to re-think their election strategies.

So, Biden has started to play final cards in a bid to cushion the defeat in congress. But, will the Americans fall for this new trap? Hopefully not!