Olaf Scholz has often cherished the idea that Orbán is transforming Hungary into an autocratic state. Yet, he is running to Orban for help now 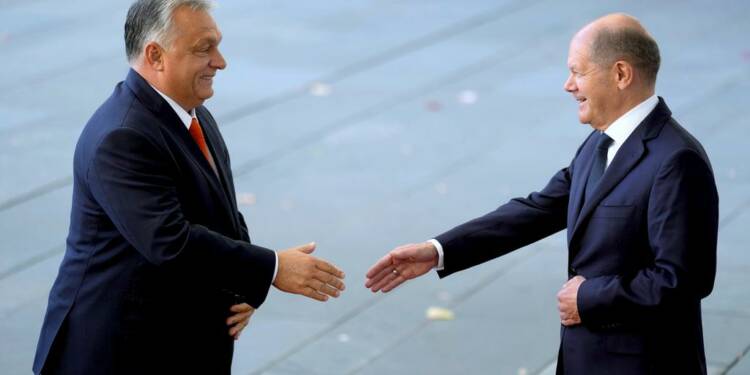 Following the meeting, both parties felt satisfied that all contentious topics had been resolved. Even though there was no formal confirmation of what the two leaders had discussed, a significant dispute between the two members began to get settled a few days later.

On October 21, Hungarian PM Viktor Orban announced that an agreement had been reached at the EU summit in Brussels that any future EU gas price cap will not apply to long-term gas supply deals like the 15-year deal that Hungary has with Russia’s Gazprom. Undoubtedly, this is a major win for Budapest. For the long haul, Hungary was looking to get an exemption from Brussels in the EU gas price cap. However, big guns like Germany were becoming a major hurdle against Hungary’s motion.

But, at last, Berlin had to concede defeat because Germany needs Hungary more than ever now.

As per Germany’s recent announcement, the nation has exceeded its emissions quotas, especially in the construction and transport sector.

Despite the hugely popular 9-euro ticket for public transport launched this summer, Germany is now compelled to buy emissions credits from countries that have met their green goals. And the topmost country on this list is none other than Hungary. Germany has to pay millions in emissions rights, to countries that have emitted much less. In this case, these are Bulgaria, Hungary and Czechia.

Therefore, Hungary will very soon receive millions of dollars in its bank accounts. There is no doubt that Orban has won big with this. But, Olaf Scholz’s ego trip against Hungary has come a cropper.

Orban was aconstant source of tension for Olaf Scholz. When Orban won the elections for the consecutive term, Olaf Scholz was the last European leader to acknowledge Orban as the legitimate winner of the Hungarian elections in 2022. While Hungary believes that relations with Russia must continue despite the Ukraine war, Olaf Scholz has consistently disagreed with such statements of Hungary. Olaf Scholz has occasionally cherished the idea that Orbán is transforming Hungary into an autocratic state.

But now, the tables have turned. Germany is struggling politically and economically. Undoubtedly, the nation is in serious trouble, and Berlin is not in a position to continue spending millions on mere carbon credits.

Furthermore, the German chancellor is facing backlash in Berlin due to growing disagreement in his cabinet brought on by a paralysed foreign policy. Hungary is in a far better position than Germany in this case. This is the reason Olaf had to come to a consensus with Orban to keep the juggernaut running which is already running off fumes.