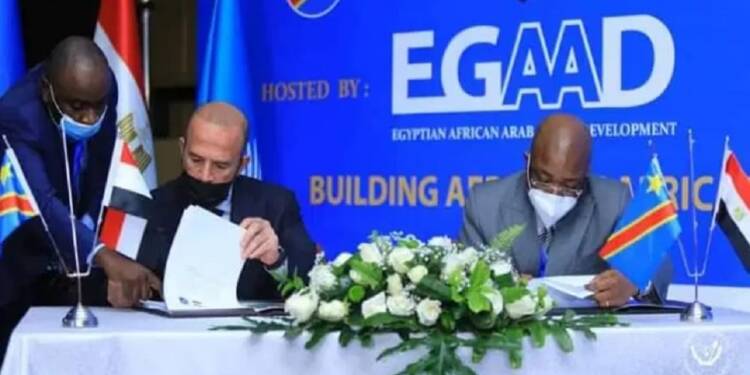 “Debt-trap diplomacy”, did this term ring a bell? When we hear this term we all think of China’s debt traps in Sri Lanka and Pakistan. But this diplomacy is very old and institutions like the IMF and World Bank are built for this purpose by the West. But the scenario is changing for the African countries.

The CEO of African Arab Consortium for Development (EGAAD), Reda Boulos, has stated that it is looking to offer alternative routes to the African countries which are limited by the IMF’s set of limitations with its aid packages. CEO Reda Boulos has called out the controlling nature of the IMF and stated that there are set of limitations which are clubbed with the IMF’s facilities which limit the African nations from achieving their full potential. He stated that, “The IMF has different rules to maintain the risk of default in a structured way. Nevertheless, the urgency and the actual need to execute solid infrastructure projects in Africa needs huge investment that cannot be realized today with limitations the IMF imposes,”

It is true that the West uses the IMF, World Bank and other financial institutions as its weapons of diplomacy and coerces nations to toe its lines in the name of aid and funds. But the African nations are realizing this which is leading to the IMF’s exit from many countries in the African continent and the EGAAD is proposing itself as the alternative in the scenario.

EGAAD and the industrialization of Africa

EGAAD was founded in 2019 and currently houses 33 businesses of various nationalities, the majority of which are Egyptian and also from the Arab nations, including Orascom Construction, which provides the majority of the initiative’s foreign direct investments. Additionally, multilateral organizations like Afreximbank support EGAAD. According to Boulos, “We have agreements with local banks in several countries and solid contacts with multilateral institutions and businesses, working with OEMs like Siemens and Samsung.

The group has so far invested in 12 development projects in a variety of industries, including building, energy, water treatment, agriculture, mining, logistics, and healthcare, among others, in at least eight African nations. An industrialised Africa would actually be beneficial for the world economy, which has suffered enormous setbacks in recent years, including significant supply chain disruptions brought on by the Covid Pandemic. Being a demographically young continent with approximately 60% of its population under 25, Africa is capable of becoming an alternative industrial hub thanks to its abundance of natural resources.

Read More: Egypt makes the most of the energy crisis in the world

The Arabs know the seriousness of the matter as they consider the oil producing African nations as partners. The potential of oil production in Africa is immense and the Arabs have realized it. Consequently utilizing Egypt’s status as an African country in addition to it being a Middle Eastern entity, for investments in Africa. The expertise of oil production held by the Arab nations will be beneficial for Africa, and Africa will prosper with oil deals of its own. The Arabs want to partner with the African nations in order to regularize the oil market as this will also open doors for the African Nations into the OPEC+ group.

With the occurrence of this phenomenon there will be many more countries which will be added to the oil consortium. This will help these countries dominate the West and the oil supply chain of the market. The rise of the African continent is evident and the West trying to stop its rise looks foolish. No entity can decrease the flourishing economy of the African nations, no matter how much they try.

Serbs rise up in arms against NATO