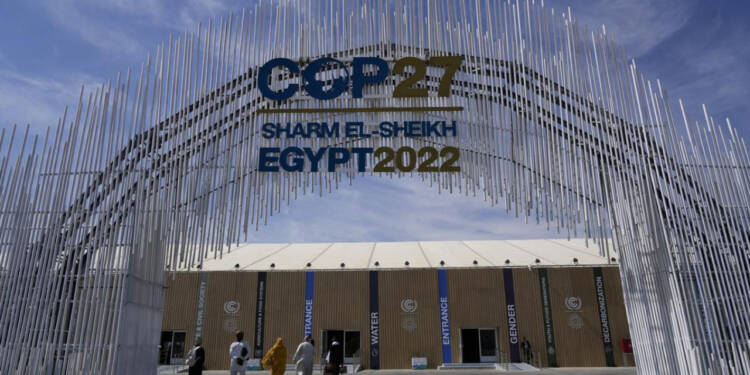 “There is no long-term prosperity without action on climate change.” “There is no energy security without investing in renewables.” These are the statements of the UK’s newly appointed Prime Minister, Rishi Sunak, after he reversed his decision to skip climate talks. After this step by Rishi, it became evident that this time the COP 27 conference would be a big one. So what really is happening at this COP 27 summit?

Delegates from different countries argued, over what topics should be covered at the conference, till late Saturday night and into Sunday morning, delaying the start of the Cop 27 UN climate summit.

The thorny issue of “loss and damage,” which refers to the severe effects of climate breakdown suffered by the poorest and most vulnerable countries and how to assist them, was at the centre of the disagreement.

The 196 countries, 45,000 participants, and 120 world leaders who will attend the two-week summit in Egypt could not agree on whether and how loss and damage should be included on the agenda.

So, you may be thinking, “What exactly is loss and damage, and why is it being discussed so vociferously at the climate COP 27 summit?” Loss and damage refer to the unavoidable financial and non-financial costs of slow-onset climate disasters like sea level rise and glacier melting, as well as extreme weather events like hurricanes, heat waves, droughts, and wildfires. It’s about getting climate finance for mitigation and adaptation to help developing countries get ready for the future, as well as holding the world’s biggest fossil fuel polluters accountable for the pain and suffering already brought on by the climate crisis.

The reason why African countries are behind this agenda of discussion is that most of the climate costs are inflicted upon the poorer African countries. Climate change occurred due to the West’s rapid industrialization. Along with this, the West continuously hounds the African nations in the name of environmentalism and climate change. Whether it is the burning issue of EACOP in Uganda and Tanzania or it is the issue of DRC’s resource wealth. The West always likes to keep Africa under its thumb, and one of its controlling plans is devised on the basis of green energy, the environment, and climate change absurdity.

Read more: In a final blow to the west, South Africa to host Naval exercise with Russia & China

The main point of this agenda will be holding the West accountable for failing to deliver its promised aid of $100 billion in climate funding to the poor nations.

Recently, African nations criticized the West for failing to keep its 2009 promise and urged wealthy countries to step up their efforts in the fight against climate change. In a pre-COP meeting, Wael Aboulmagd, the special representative of Egypt for Cop27, criticized wealthy nations for not adhering to a commitment to provide USD 100 billion (green aid) annually to poor and developing countries by 2020.

At Cop 26, in Copenhagen, a commitment was made to cut greenhouse gas emissions and address the impact of the climate crisis on the most vulnerable. Aboulmagd emphasized that even though the $100 billion (green aid) target has not been reached, the US and Europe are “responsible for where we are right now.”

It is important that the West understands that it is not possible to fool the world anymore. Big promises made with enthusiasm will not count as work in the direction of climate change. All countries should follow the rules of climate change.