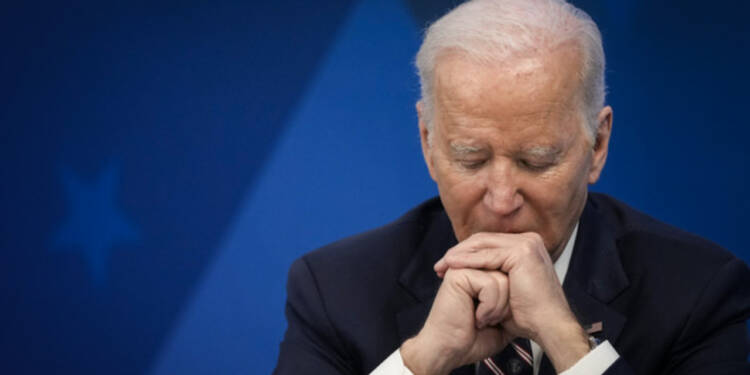 Midterm elections: The results of the midterms are just hours away. The Democratic Party has controlled the Congress including both the House and the Senate for the past two years, allowing president Joe Biden to quickly enact any law he desires, but things are on the verge of changing drastically. The Ukraine war has changed it all, and Biden’s democratic party is heading for a crushing defeat, possibly in both houses.

Beyond a shadow of a doubt, the Democrats know what’s in store for them. So, folks, they already have an absolutely absurd justification for their defeat ready. Your guess is as good as mine, Russia’s meddling.

Democrats’ prospects for holding onto Congress have been crushed completely. The party is clearly back against the wall as the voters have prioritized economic worries and the Ukraine war over the issues of abortion rights, woke agendas, and naive provocation against Russia. Almost every American publication house is predicting that there is going to be a massive red wave in the Midterm elections. The house is most likely going to the full of republicans. Whereas, the Senate has become a toss-up, which itself is a rare happening.

The public discontent against the Democrats led by President Joe Biden is on a high. The democrats have once more played the well-known “Russia” card, which was in the news throughout the Trump era.

Just 48 hours before the midterm elections results, the U.S. government has warned of possible attempts by Russia to undermine voter confidence and widen rifts in American society. As one expert went on to say, “What they (Russia) are attempting is create instability in our domestic environment and then show that back home – you know, ‘This is what democracy brings you: instability, riots, January 6th, race hatred,'”

Another expert stressed, “It’s clear they are trying to get them (Democrats) to cut off aid and money to Ukraine,” Last month, the Federal Bureau of Investigation and the Cybersecurity and Infrastructure Security Agency also issued a warning of the threat of disinformation spread by “dark web media channels, online journals, messaging applications, spoofed websites, emails, text messages, and fake online personas.”

The Democrats are stressing that Russia is reactivating its trolls and bots ahead of US midterm elections to spread instability in the region. But, there is no substantial proof as usual.

The current events clearly show that the Democrats have been preparing for passing the buck for a long. One more media report takes the cake in stupidity stressing that Russian bots are targeting Democratic candidates in the most contested races, including the Senate seats up for grabs in Ohio, Arizona, and Pennsylvania, calculating that a Republican majority in the Senate and the House of Representatives could help the Russian war effort. One could easily suggest the pressure that the Democrats are facing amidst the midterm elections.

Some panicked top Democratic strategists and party leaders have also openly acknowledged that the party has largely failed to woo voters in the aftermath of the Ukraine war. Which itself solidifies the fact that Republicans are storming into congress.

Except for the ultra-woke, Americans now loathe the Biden administration more than ever. The Democrats have been forced to reconsider their electoral plans due to Uncle Joe’s blatant ignorance of domestic problems. Once Republicans take over Congress, Biden might experience pressure he’s never experienced before, and he will not be able to blame the general public for his downfall. Therefore, as expected, Russia has again become soft target.