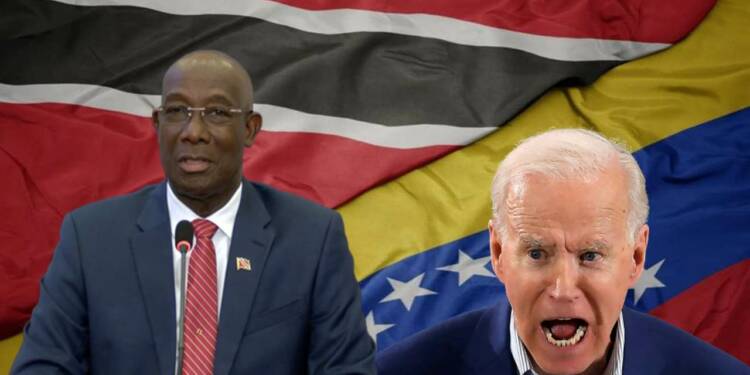 The United States of America has from time to time tried to exert its influence on smaller countries by using its economic or political might. America has never shied away from arm-twisting economically weaker countries when they try to take independent decisions in their own national interest and force them to align with US interests in various geopolitical issues. US viewing these smaller countries as the vassal state is nothing new and something similar has happened this time in the Caribbean region.

Trinidad and Tobago is facing US sanctions on account of a controversial shipment of fuel from Trinidad’s Paria fuel trading company to Aruba which then was sent to Venezuela. The political heat between the two countries intensified after Venezuela’s Vice President Delcy Rodriguez visited Trinidad and Tobago on March 27, 2020.

This is because Venezuela’s current government under President Nicolas Maduro has been deemed illegal and corrupt by the US. On the other hand, the US recognizes Venezuelan opposition leader Juan Guaido, as the country’s legitimate president. Further, the US has also charged Maduro and other senior government officials with “narco-terrorism” and has imposed sanctions on Venezuela’s oil industry as reported by the Caribbean News Global.

It is to be noted here that oil and natural gas contribute substantially to the country’s economy. Oil production, refining and the production of LNG are the major industries in Trinidad and Tobago.

The US leadership has however warned other nations against assisting embattled Venezuela President Maduro and his regime. Trinidad and Tobago depends heavily on the US for its economic survival and in turn, is expected to follow US diktats. Going against the US imposed sanctions against Venezuela essentially means attracting US sanctions for Trinidad and Tobago itself.

This jeopardizes Trinidad and Tobago’s economic security as the country is heavily dependent on the US. As a matter of fact, seventy percent of all TT’s food is imported from the US at an annual cost of over US$1 billion (TT$7 billion). Any US sanction can therefore deeply affect its food supply and might result in a worsening food crisis. Further, US sanctions can also adversely affect TT’s already strained revenue stream as it exports more than US$2.7 billion (TT$18.9 billion) annually to the US in the energy sector.

Thus, the looming threat of US sanctions puts the Caribbean nation in a very precarious situation.