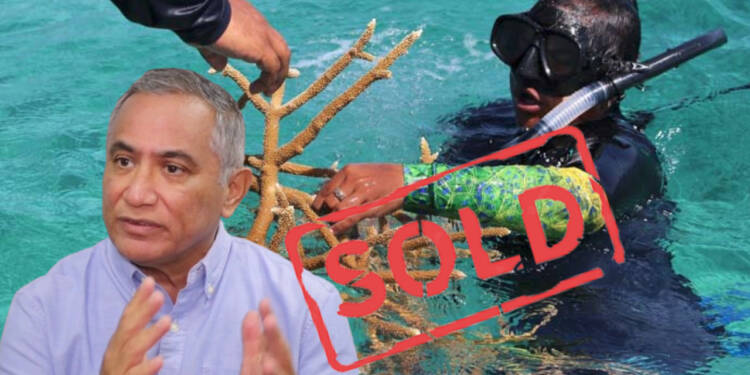 The Nature Conservancy: Slow growth has been a feature of Belize for more than ten years. Diseases impacting agriculture and fisheries, along with lower government spending than the historical average, are the main causes of the lacklustre economic growth.

However, what seems to be a noble solution on its face appeared out of the blue to aid the Caribbean nation. Prime Minister Johnny Briceo was presented with an idea by a local marine biologist: her foundation would give the nation money in exchange for its government agreeing to use some of the savings this transaction would provide to protect its marine resources i.e Belize’s oceans, threatened mangroves, and weak coral reefs.

The agreement allowed for the spending of more than $200 million, or around 10% of Belize’s yearly economic output. Belize agreed to limit the scope of activities like construction and fishing by designating 30% of its waterways as protected. Additionally, it pledged to pay $4.2 million annually to protect the biodiversity in these areas.

A plan to keep Belize poor

All sounds hunky dory, right? Well, there is more than what meets the eye. You see, for a long, the developed Western nations have attempted to obstruct growth and undermine democracy by sponsoring parasitic organisations, environmental NGOs, and media outlets with foreign funds under the pretence of advocating for the environment and human rights.

Since gaining notoriety in the years following World War II, these NGOs have drastically increased in size and importance. The New Policy Agenda, in which Western donor states emphasised the function of NGOs in democratisation and service delivery, is mainly responsible for this expansion. Donors now have the authority to choose the development agenda, and NGOs have gradually transformed into useful idiots for the propagation of western hegemony.

The recent episode with Belize is no different. Western countries have always used such NGOs to provide climate subsidies and aid as a smokescreen to hide their “sustained looting” as the host counties lose nearly billions of dollars per year through tax evasion, climate change mitigation, and the flight of profits earned by foreign multinational corporations. The goal is to exploit the vulnerabilities of smaller countries, pulverise them in a web of aid and dependency, and then loot them of their resources. They constantly treat these less developed nations with complete disdain and pressure them to adopt “first-world” development practices.

Furthermore, the economy of Belize is heavily dependent on tourism. The little Caribbean island has already entered an extreme, severe recession as a result of the COVID-19 outbreak. Thus, requiring smaller nations like Belize to limit construction operations for tourism-related objectives and to conserve a sizable portion of their seas would merely rob these countries of the meagre revenue they earn from tourism.

Moreover, it is crucial to remember that the current agreement is essentially another debt-for-climate swap, a new game plan used by Western nations to put developing countries in debt by imposing burdensome ecological requirements.

It is not a hard nut to crack that any global climate policies and talks must be based on equity and “shared but differentiated obligations.” Therefore, it would be ludicrous for Caribbean nations like Belize to give in to pressure and forfeit its territorial independence to Western parasitic NGOs.