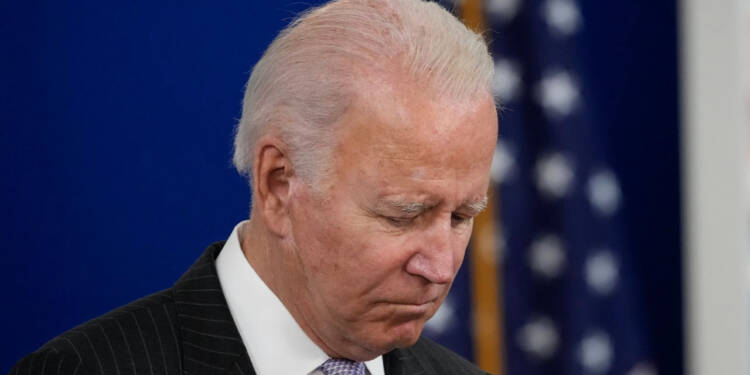 Sanctions, a coercive tool of American foreign policy, are so dear to it. In almost all the foreign policy crises that the US administration faces, the first thing it does is resort to sanctions. And that’s what it has done in its effort against Russia. In 2014, when Russia annexed Crimea, the West attempted to destroy its economy and was somewhat successful. However, this time, the U.S. and other western nations are having a hard time challenging Russia. In fact, Russia has been able to expose the hypocrisy of the entire West. The USA, which wants to crush the Russian economy and preaches to the world to join hands with it with the same motive, is secretly asking its banks to keep ties with Russia in order to save its own economy.

The Biden administration is privately urging leading US banks like JPMorgan Chase and Citigroup to continue doing business with strategic Russian firms despite sanctions imposed on Russia over the conflict in Ukraine.

According to a Bloomberg report, in a congressional hearing on Sept. 21, Representative Brad Sherman, a Democrat from California, reportedly grilled Jamie Dimon the CEO of investment bank JPMorgan Chase for not cutting ties with Russia.

Read More: Macron ridicules Biden like a Pro at the COP 27 summit

Banks like Dimon’s, Sherman argued, were exploiting a sanctions loophole to keep doing business in Russia despite its invasion of Ukraine. To this, Dimon responded, “We are following the instructions of the American government as they asked us to do it,”

Reportedly, Washington has been requesting services such as US dollar settlements, payment transfers and trade finance for Russian firms that are exempt from certain aspects of the sanctions, including gas giant Gazprom and fertilizer producers Uralkali and PhosAgro.

Why US wants these banks to have ties with Russia? Well, the government is making a discreet effort to reduce the negative effects of the sanctions regime intended to punish Russia.  When asked about the same they said, “the administration is trying to hinder Russia’s advances while avoiding a global economic catastrophe.”

So what does this whole development explain? First, it exposes the sheer hypocrisy of the US administration, and second, it explains the prowess of Russia in the newly emerging post-war global world order. Despite many restrictions, Russia’s revenue is rising rather than falling. There are still countries willing to have trade ties with Russia, so Russia has been able to find a way around sanctions.  Russia’s economy and banking sector have withstood the challenge of “powerful” Western sanctions. Corporate and retail lending expanded by 9.9% and 6.7% respectively in January-October.

According to the IMF’s latest World Economic Outlook report, “The contraction in Russia’s economy is less severe than earlier projected, reflecting resilience in crude oil exports and in domestic demand with greater fiscal and monetary policy support and a restoration of confidence in the financial system.”

On the other hand, it is the American economy that is suffering. Inflation and unemployment are at an all-time high, as is public discontent with the ruling administration. As a result, Biden recognizes that his mistakes will cost the entire global economy. Thus, it is asking his banks to walk a tightrope. You see, the country’s largest banks are caught in the push-pull between the Biden administration and Congress on sanctions.

Banks have been asked to continue enabling the flow of money to sectors of Russia’s economy that have not been sanctioned. This includes services like U.S. dollar settlement, payment transfers, and trade finance offerings.

At the same time, banks are subject to multibillion-dollar fines for breaking the rules, which they are required to enforce by refusing services to sanctioned banks, individuals and companies.

Clearly, the US sanctions regime is making life hard for the thousands of compliance staffers at banks and exposing US hypocrisy to the rest of the world. Now we know what goes behind the scenes as Biden prepares for pushing more sanctions amid its so-called war against Putin! So, in order to save the crumbling economy, Biden is asking American banks to violate American sanctions on Russia.