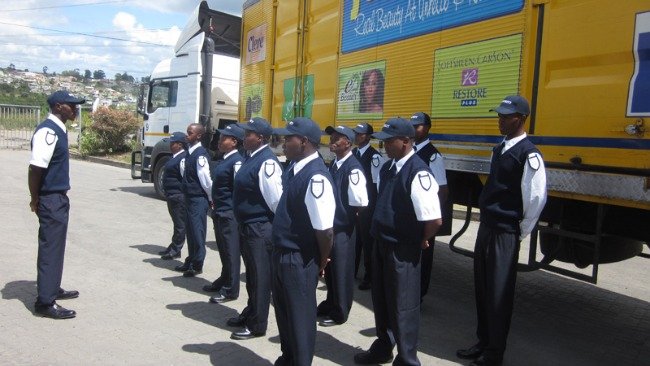 Private Security Zimbabwe: A country can claim itself to be secure from enemies outside, only when it has subdued its enemies within. Only when it has got the internal deviants in its stranglehold, will it manage to secure its borders from external threats.

It is very unfortunate that the popular narrative with respect to African countries and their conditions is one marred by lawlessness, civil tensions, and high crime rates among others because that is what appeals to western ears. It gives them a false sense of superiority, a hollow complexity of the mind. But we at TFI Global have always strived to shatter such misconceptions.

Zimbabwe’s ineffectiveness to tackle its law and order problem is one such misconception that deserves to be shattered. Zimbabwe has been engulfed in a vicious cycle of increase in crime (especially armed robberies) and resource shortages in the Zimbabwe Republic Police (ZRP).

Zimbabwe has been under unjustified sanctions from the West especially USA for decades now, which are destroying its economy. The ZRP has also borne the brunt of these sanctions in the form of shortage of resources with respect to manpower, remuneration, infrastructure etc.

Lack of economic stability owing to these sanctions, has led the people to lose their confidence in the banking system which has resulted in people especially businessmen stashing up large amounts of money either in their homes or other places, thus giving rise to robberies.  Additionally, Zimbabwe being a gold rich country, witnesses large amounts of gold being transferred from mines to various destinations, thus encouraging such incidents.

For instance, Lobels, a confectionary company, lost about R21.48 million (US$1.2 million) to robbers in March after its offices were raided in the second largest city, Bulawayo.  Between 2020 and 2021 there was an average of 25 armed robberies daily. This surge in armed robberies can solely be attributed to the economic instability and unemployment caused by the crushing sanctions imposed on Zimbabwe by the West. Even the African Union called upon the West, to uplift the sanctions but in vain. The calls from different forums to remove the sanctions seem to have fallen upon deaf ears.

Incidentally, there is a new sector on the rise to fill in the gaps left by the ZRP, it is the “Private Security Firms” that are experiencing a boom. These private firms provide the required security and are gaining the confidence of the people who require services of these security firms.

These security firms not only provide security for ‘cash in transit’ but also to business establishments, mines. Russia’s private mercenary group, Wagner is helping governments of Mali, Niger, and other Sahel region countries to weed out jihadists, but then it is a foreign body and not one indigenous to Africa.  However, its existence and effectiveness can be taken as an inspiration by Zimbabwe’s private security industry to consolidate itself into a force to reckon with. It would not be wrong to say that the present upwards swing in the graph of private security industries are just nascent steps towards the establishment of an industry of the people of Zimbabwe, by the people of Zimbabwe and for the people of Zimbabwe.

It would not be surprising to see that these security companies expand their operations beyond their territorial borders and help other countries as well. This would be an opportunity to increase regional security and cooperation.

Most of the popular narrative would have conveniently missed out on this fast-growing industry to tackle a problem being faced by a country from within. Rather, it would have dedicated itself to show the sorry state of affairs and how people are suffering. It would have chosen to ignore the efforts being put by the state and non-state actors to deal with the problems that can trace their origins back to the sanctions imposed by the West.

No country in the world is crime and criminal free, but Zimbabwe’s private security firms’ industry is showing the world that with a strong will power and conviction any problem can not only be dealt with but also turned into a revenue generating opportunity.  It has also set an example for other African nations that if there is a will, there is a way to solve one’s own problems and not lay at the mercy of western countries.