The final battle for Kyiv is about to begin 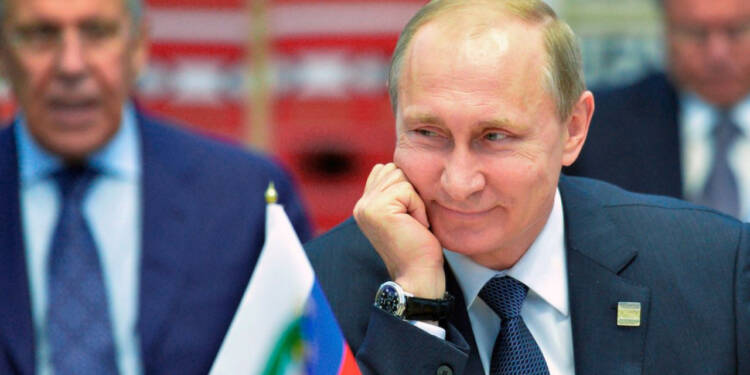 The Ukraine war is nearing its end. The West is celebrating this as Russia has withdrawn from the Kherson. But, it’s not entirely what meets the eye. Russia is planning something big behind the curtains. It’s gearing up for the final battle for Kyiv.

Large-scale military exercises conducted by Russia in Belarus in February were labelled as defensive in nature and intended to fend off outside threats, particularly from NATO and Ukraine. A large portion of the 30,000 Russian forces stationed in Belarus, however, spilled across the Ukrainian border as the exercises came to an end as part of President Vladimir Putin’s invasion, which has now lasted eight months.

But all of a sudden, the new satellite images obtained by Radio Free Europe’s Service suggest that thousands of Russian troops have returned to Belarus, raising concerns about the possibility of another northern incursion into Ukraine.

Mid-October saw the first reports of Russian forces entering Belarus on the ground. On October 10, Alexander Lukashenko declared that he and Vladimir Putin had reached an understanding about the dispatch of a combined regional force “in connection with the escalation on the western borders of the “union state”. Moreover, he also stated that Minsk had been informed “through unofficial channels” that Ukraine intended to commence attacks on Belarusian territory.

According to a statement from the Ministry of Defense on October 15, the first Russian soldiers who “are part of the joint regional grouping of troops with Russia” have arrived.

It is still unclear how many Russian soldiers are there in Belarus. According to Ukrainian intelligence, 20,000 Russians had mobilised when Alexander Lukashenko called for 9,000 ones. According to messages posted online, Belarus is getting “live power” in part through the arrival of people and less machinery.

Russia recently withdrew some of its troops and relocated its citizens from Kherson. Western media is portraying it as some sort of win for Ukraine. But, that’s far from the truth. Zelensky and Ukraine may attack the Kakhovka dam if they become desperate after taking a few territories in its counter-offensive. If Ukrainian forces blow up this dam, more than 80 towns, including Kherson, will come into the zone of rapid flooding. Consequently, it’ll threaten the livelihoods of hundreds of thousands of people.

It’ll be a violation of international humanitarian law and the Geneva convention as attacks on “civilian objects” in war times are prohibited under it. Russia’s cautious approach and withdrawal from the strategic region are being portrayed as a heroic victory for Ukraine. Even though Russian troops have withdrawn from Kherson, Ukrainian authorities are still puzzled about it and are cautious, fearing an ambush. A resident from Kherson said, “Life in the city seems to have stopped. Everyone has disappeared somewhere and no one knows what will happen next.”

Also Read: Zelensky plans to carry out an economic genocide in Ukraine

The deployment of Russian troops near Belarus may be an attempt by Minsk and Moscow to launch an attack on Kyiv. The lengthy Ukraine war at this point is becoming a concern for Moscow and it wants to end it as soon as possible. The withdrawal from Kherson can be a way to bring Russian forces into Belarus back and also a further step towards attacking Kyiv.

A military expert estimates that the Russians will need roughly 70,000 soldiers to attack Ukraine, along with tanks, equipment, ammunition, fuel, and lubricants. He says, “Therefore, we are now observing only the beginning of the process, the Russian presence in Belarus will continue to increase.”

Further, the last week, Kyiv’s mayor asked its citizens to leave the city if there is a loss of power and water. Clearly, Kyiv’s mayor knows something we’re not aware of. An attack from the North seems to be imminent now. Once Kyiv falls, the confidence of the Ukrainian army will fall and the battle would end.

Why Antigua’s leader is wrong in blaming India for global climate change?