Eritrea, an African nation in the Horn of Africa, is seemingly on a mission to free the region of extremism and militancy 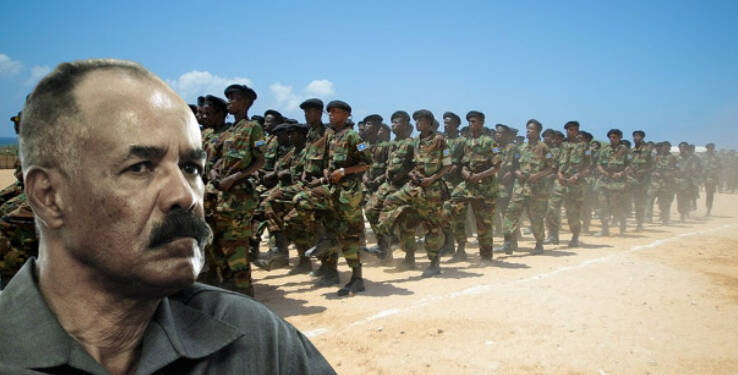 Somalia’s President Hassan Sheikh Mohamud visited Eritrea on Thursday. He is expected to hold discussions with his counterpart Isaias Afwerki on subjects of common interest.

This is his second visit to Eritrea. Earlier in July, he visited the country for the first time. He met thousands of Somali troops who are undergoing training in Eritrea.

It was for the first time that the Eritrean government formally acknowledged the presence of Somalian troops on its soil. Eritrea also accepted that it was giving training to the Somali military for over 3 years.

Earlier, the military training programme led to a controversy in Somalia as many political leaders feared that ‘their sons’ would be sent to enrol in the army going to fight alongside Ethiopian forces in Tigray civil war.

In fact, TPLF, which is involved in a war with Ethiopia, has also accused the Somali military of “infiltrating” the Tigray region and fighting with the Ethiopian forces.

Although Somalia denied its military was involved in the Tigray crisis, it acknowledged its presence in Eritrea. Now, it turns out that Somalian military personnel were receiving military training in Eritrea, to better tackle the Al-Shabab menace at home.

Now, Al-Shabab, which means ‘The Youth’ in Arabic, is a terrorist organisation active in Somalia. It started as the extremist youth wing of the Union of Islamic Courts which had hijacked Somalia’s capital Mogadishu in 2006 until it was driven out.

It believes in the Wahhabi branch of Islam and has implemented a strict interpretation of Sharia in territories under its dominance. It often uses barbaric tactics to hurt civilians such as stoning women to death, who are accused of adultery; and amputating the hands of thieves.

Led by terrorist Ahmad Umar, who is also known as Abu Ubaidah, Al-Shabab has many areas under its control, mostly in southern Somalia.

It was involved in the massacre of 500 people in a massive truck bomb blast in 2017 in Mogadishu. The bombing was the deadliest in Africa.

Read more: M23 goes all guns blazing against West, and it has William Ruto written all over it

Tigray war & Eritrea’s role in it

Now, the TPLF, which started the whole Tigray crisis by attacking the federal government’s military bases, never thought that Ethiopia’s former rival Eritrea would support Ethiopian prime minister Abiy Ahmed’s efforts in annihilating it once and for all.

However, the TPLF was hit hard and suffered a huge defeat by the combined efforts of Eritrea and Ethiopia as they were firm to eliminate this menace. After losing a large number of rebels, the spokesperson of the terror group publicly acknowledged last month that it was compelled to retreat from its bases. Clearly, Eritrea had played a huge role in TPLF’s defeat. It had deployed almost the whole of its army against TPLF, and this is how the terror group was forced to lay down its weapons.

Why is Eritrea training Somali troops?

In light of this, Eritrea is now training Somali soldiers for taking on the Al-Shabab terror group. The presence of a large number of Somali troops in the East African country clearly tells us that Eritrea is readying them to fight against their main rival. The terror group has carried out many attacks in Somalia and is a threat to political stability as well as territorial integrity.

Read more: Sahrawi Republic is no country, and it must be reconnected with Morocco

President Mohamud has decided to solve this problem with Eritrea’s help. Therefore, he has asked for the assistance of neighbouring Eritrea which has the experience and capability of getting rid of extremist groups.

Eritrea is taking a leadership role in bringing peace to African nations which are ravaged by terrorists and insurgents. It is playing an active role in achieving unity in the Horn of Africa, which has mineral resources that can make the region prosper. Eritrea has realised that unity is indispensable for economic prosperity in Africa.