M23 goes all guns blazing against West, and it has William Ruto written all over it 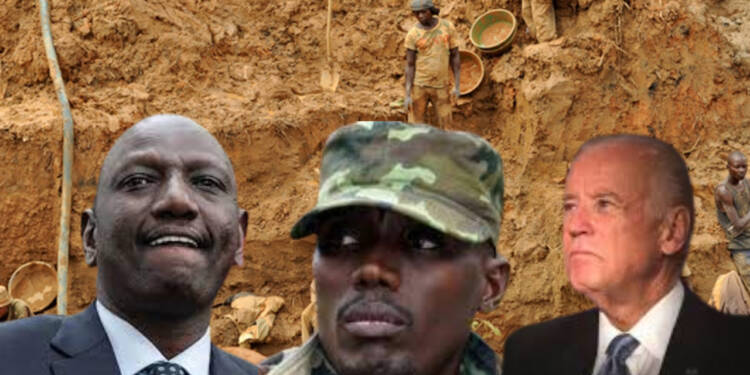 A response by one of the most dangerous terror organisations in Africa to a decision by a leader, who is promoting unity and peace in the continent, unveils the conspiracy hatched by the West to incite chaos in the region.

In a bizarre development, the M23 has praised the decision of the Kenyan government to deploy its military in the east Democratic Republic of Congo to get rid of it. In a statement, the spokesperson of the group stated, “The M23 expresses its gratitude yet again to the Republic of Kenya and its people for the recent DRC peace process held in Nairobi, supported by the African Union, the United Nations and the East African Community.”

He further added,  “From the various agreements signed and peace processes held in Kenya, one shall acknowledge that Kenya is among the countries that know the root causes of conflicts in the DRC, for its past experience and the current one.”

Known as the March 23 Movement, M23 is a terrorist organisation operating in the east Democratic Republic of Congo. Infamous for its cruelty, the M23’s main purpose for being in DRC is its mineral wealth. Over the years it has organised a system of plundering the East African nation’s resources and has killed thousands of civilians, committed sexual exploitation of women, snatched countless futures and created an environment of fear in DRC. It receives funds and support from Rwanda and its master the West.

Now, we at TFI explained to our viewers that Kenya’s president William Ruto has decided to send his military, Kenyan Defense Forces (KDF), to east DRC to assist president Felix Tshisekdi’s battle to attain peace in his country through getting rid of M23. Ruto expressed that as DRC and Kenya are neighbouring countries and have significant political, economic, social and cultural relations, therefore establishment of peace in the East African Community (EAC), of which both nations are a part, becomes necessary.

Ruto knows that the existence of M23 becomes a threat to the political stability, territorial integrity and economic prosperity of not just DRC but other countries in the region such as Tanzania, Uganda, Burundi etc, which also have decided to help Teshisekdi by adding their armies to the regional peacekeeping force of East Africa which is going to be deployed in east DRC.

We also told you how the US abandoned Rwanda and threw it under the bus by claiming that it funds the M23. The Biden administration held Paul Kagame’s regime solely responsible for the war crimes and bloodshed in DRC despite there being enough proof to show otherwise.

The main reason why the US did this is that it knows that very soon M23 will suffer a defeat by the militaries of DRC, Kenya and other East African nations. President Biden has foreseen that his plan to capture the resources of DRC through M23 is going to fail, therefore he decided to stop the funding of the terror group and save the US from any international humiliation by claiming that it was Paul Kagame who instructed M23 to spread instability and chaos in DRC.

However, by praising Kenya’s decision to send its military and bring peace to DRC, the M23 has conveyed that it also wants peace, with no other option left.

Read more: Within next ten years Egypt plans to turn Europe into its cash cow

Make no mistake, the group is responsible for many atrocities but its reaction suggests that it was acting on the order of another country. And which country is that? It is the US. You see, the main culprit here is the West which is paying huge sums of money to a terrorist organisation to incite trouble in DRC. It appears that M23 has realised that the US is now trying to escape liability, and it would not be backing it anymore. Hence lauding peace would be the only saviour.

This whole story tells us how dangerous the West’s presence is in Africa and how it can have drastic consequences on the security, stability and economy of other nations. In addition to M23, there are other Jihadist and rebel groups existing in Africa on the orders of Biden and his allies.